"Ran After Car, Couldn't Do Anything": Son Of 'Arrested' Pak Journalist

Rizwan Razi, who worked for private Din TV in Lahore, was being investigated for "defamatory and obnoxious" comments 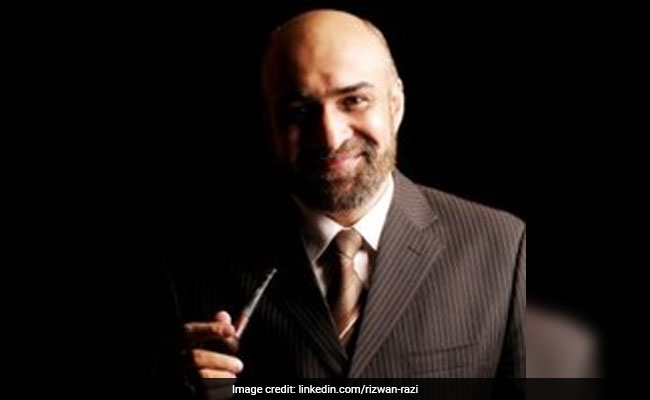 A Pakistani journalist under scrutiny for anti-government social media posts was beaten and seized outside his home on Saturday, his son said, in the latest sign of pressure on media. Rizwan Razi, who worked for private Din TV in Lahore, was being investigated for "defamatory and obnoxious" comments about the judiciary, government and intelligence services, according to Pakistan's law enforcement agency.

However, there was no official confirmation he had been arrested.

"My father went out of home to see off friends," his son Osama told Reuters of the incident on Saturday morning.

"When the friends left, unknown persons, riding a black Honda Civic car, thrashed and dragged him in the car and fled away ... I ran after the car but could not do anything."

A report from the Federal Investigation Agency (FIA), dated Saturday and seen by Reuters, said Razi had previously been questioned about his Twitter comments. It said authorisation had been granted to register a case against him.

His account @RaziDada appeared to be offline on Saturday.

FIA officials in Lahore referred questions to the main office in Islamabad, where officials could not be reached.

Khan's government replaced the party of ousted former Prime Minister Nawaz Sharif, who was at odds with the powerful military and is currently serving a seven-year prison sentence for corruption.

The increased official pressure has come at a difficult time for the media in general as advertising revenues have plunged and newsroom budgets been slashed.

In a separate case, Ammar Ali Jan, an academic also based in Lahore, was arrested over his involvement in a protest at the death of Arman Loni, a regional leader of the Pashtun Tahaffuz Movement. He was later released on bail.

A message on Ammar's Facebook page on Saturday said he was taken at 4 am. "I am a law-abiding citizen and will not be deterred in the fight for justice," it said.

Police official Azhar Naveed confirmed the brief detention and bail, which followed other arrests over the protests earlier this week. He said Ammar was charged with taking part in a rally, blocking a road and making "anti-state" speeches.