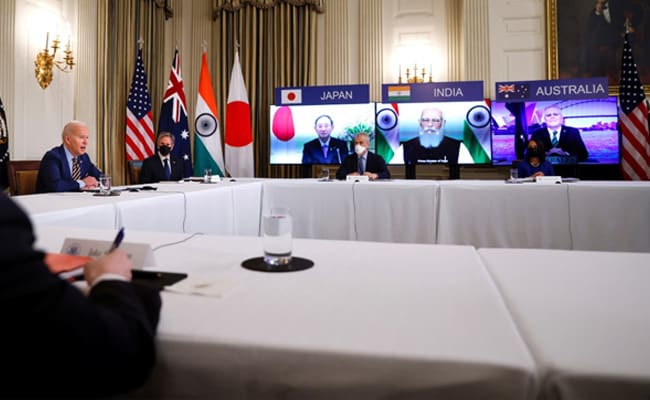 Quad countries are set to meet in Washington on September 24. (File)

Final arrangements are being made for the leaders of the United States, Australia, Japan and India to meet in person in Washington on Sept. 24, Kyodo News reported on Thursday, citing unnamed U.S. and Japanese sources.

The four countries held their first meeting in March virtually, pledging to work closely on COVID-19 vaccine distribution, climate issues and security as part of an effort to counter China's growing influence.

Japanese media have reported that outgoing Prime Minister Yoshihide Suga was due to attend the meeting and also hold talks with U.S. President Joe Biden. Japan's top government spokesman said earlier on Thursday that no final decision had been made.