Protests Erupt In Bangladesh After 52% Hike In Fuel Prices 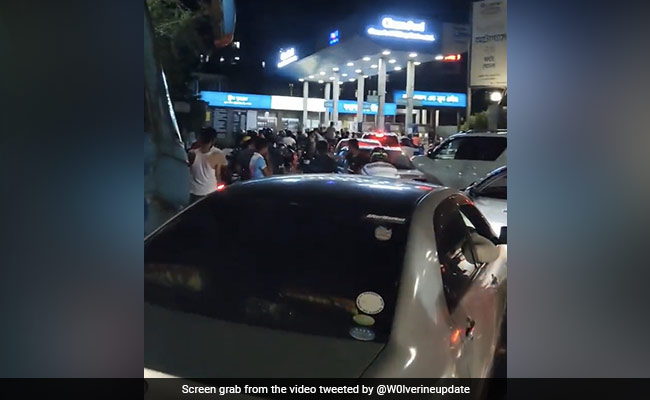 Long queues were seen outside fuel stations across Bangladesh.

A steep increase in fuel prices in Bangladesh saw protests erupting across the country. The hike, which according to Bangladeshi media is "highest ever", has increased the prices of petrol and diesel by more than 50 per cent. Bangladesh is another of India's neighbour after the island country of Sri Lanka, to have been hit by such demonstrations. Angry demonstrators surrounded fuel stations throughout Bangladesh demanding the unexpected price increase be reversed.

The increase was announced by the Sheikh Hasina government on Friday, after which diesel rate went up by 34 Taka per litre, octane by 46 Taka per litre and petrol by 44 Taka per litre. Several Bangladeshi media outlets said that this 51.7 per cent increase in fuel price is the highest since the country got independence.

Several videos surfaced on social media that showed people queuing up at fuel stations late at night to fill up their tanks.

#Bangladesh:Thousands of people are flocking to petrol stations in Bangladesh as the government announced a 52% fuel price hike, the highest increase on record. The country is in the grip of a serious energy crisis.#Bangladesh#FuelPricespic.twitter.com/18MTo55p34

The South Asian country's $416 billion economy has been one of the fastest-growing in the world for years. However, soaring energy and food prices have inflated its import bill, prompting the government to seek loans from global lending agencies, including the International Monetary Fund.

Several protests marches were held against the government's decision. Among them were student unions, which held protests in front of the National Museum in capital Dhaka.

"Common people are already in hardship to cope with the rise of living costs. Government's looting of Public property and mismanagement led people toward this suffering," one of the protesters was quoted as saying by the Dhaka Tribune.

Bus operators increased price after the government's announcement, which was rejected by groups like Bangladesh Jatri Kalyan Samity (BJKS). They said that the new bus fare should be set after "proper cost analysis", according to Dhaka Tribune.

The fuel price increase was inevitable given global market conditions, Bangladesh's energy ministry said in a statement, noting state-run Bangladesh Petroleum Corporation (BPC) had incurred a loss of more than 8 billion taka ($85 million) on oil sales in the six months till July.

"The new prices will not seem tolerable to everyone. But we had no other choice. People have to be patient," Nasrul Hamid, state minister for power, energy and mineral resources told reporters on Saturday. He said prices would be adjusted if global prices fall.

Bangladesh's inflation rate has topped 6 per cent for nine consecutive months, with annual inflation in July hitting 7.48 per cent, putting pressure on poor and middle-income families to meet their daily expenses.