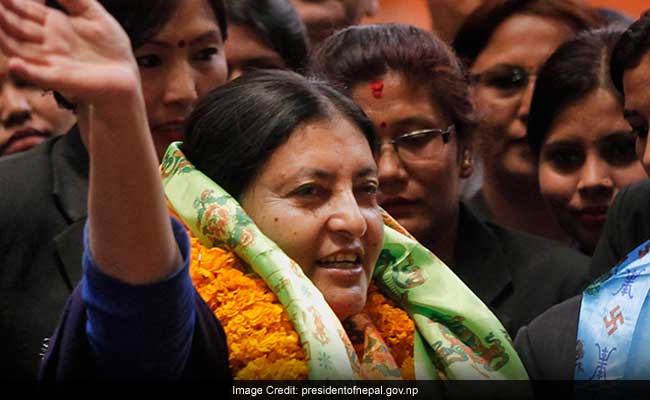 There are more than 800 votes in the electoral college.

The presidential election will be held on March 13.

This will be third presidential election in Nepal since the abolition of the monarchy in 2008.

Since Ms Bhandari has the support of ruling parties CPN-UML and CPN-Maoist Centre as well as smaller parties, she is likely to get re-elected.

There are more than 800 votes in the electoral college.

Promoted
Listen to the latest songs, only on JioSaavn.com
The code of conduct, in view of the election of the President, has come into force from today with the registration of candidacies for the post.

According to Election Commission Spokesperson Nawaraj Dhakal, the code of conduct shall be applicable for all government bodies and people.