Shihab Ahmed Shihab told an FBI informant that he wanted to smuggle at least four other Iraqis into the country to kill former US President George W. Bush. 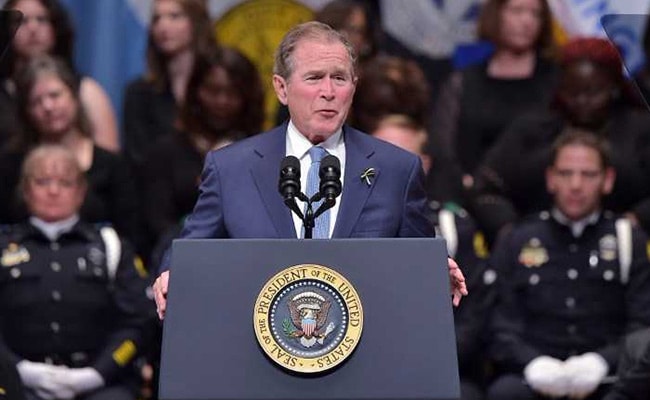 Accused told that they wanted to kill George W Bush for 2013 Iraq invasion.

Shihab Ahmed Shihab, 52, told an FBI informant that he wanted to smuggle at least four other Iraqis into the country over the border with Mexico to undertake the plot, according to an FBI affidavit filed in federal court in Columbus, Ohio.

Two of the hit team would be former Iraqi intelligence agents, while the others would be members of Islamic State or another Qatar-based hardline group Shihab called "al-Raed."

Shihab told the informant that they wanted to kill Bush, who ordered the invasion of Iraq in 2003, "because they felt that he was responsible for killing many Iraqis and breaking apart the entire country of Iraq," according to the filing.

He told the informant that he was the cousin of the former Islamic State head Abu Bakr al-Baghdadi, and had killed Americans in the years following the invasion.

Shihab was arrested early Tuesday and was charged in federal court with an immigration crime and aiding and abetting the attempted murder of a former US official.

A resident of Columbus, Shihab and the informant went so far as to surveil locations associated with Bush in Dallas, Texas, and discussed how to obtain guns, security official uniforms, and vehicles to be used in the plot.

He also offered to help a second FBI informant smuggle members of their family into the Untied States for tens of thousands of dollars.

Shihab arrived in the United States on a visitor visa in September 2020 and sought asylum in March 2021 when his visa expired.

The affidavit indicates that the FBI had the first informant contact Shihab shortly after that.