"If you can, please help us. Even the Indian embassy in Kyiv is not helping us out. We don't have updates from anyone," he said. 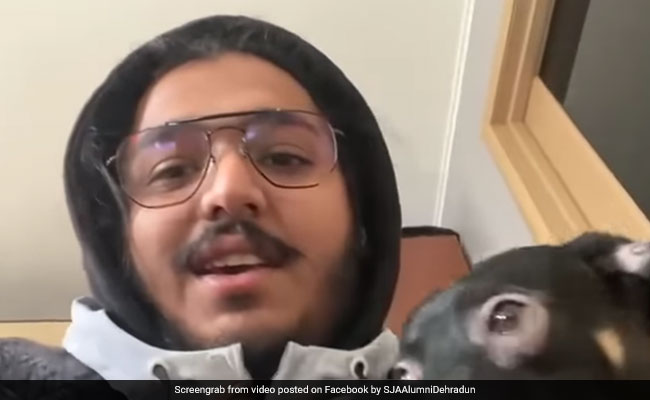 The student says he got 'Malibu', the rescue puppy, last February in Kharkiv.

A third-year engineering student who is stranded in war-torn Ukraine has refused to leave the country without his pet dog. Rishabh Kaushik, who studies at the Kharkiv National University of Radio Electronics in east Ukraine, claims he has been trying to get all paperwork and clearances done so that his dog can accompany him when he gets airlifted but has been stonewalled by officials who "keep asking for more and more documents".

"They are asking for my air ticket. How can I have an air ticket when the Ukrainian airspace is closed?" he said.

Mr Kaushik says he reached out to the Indian government's Animal Quarantine and Certification Service (AQCS) in Delhi and also the Indian embassy in Ukraine but to no avail. In a video uploaded on social media, he also claims that he called someone at Delhi's IGI airport regarding his situation but the person on the other end hurled abuses at him and did not cooperate.

"I would have been in India right now had the Indian government given me the required NOC (no objection certificate) as per the laws," he said. Mr Kaushik is hiding in a bunker in capital Kyiv as Russian forces pound the city with artillery fire and cruise missiles. Amid sirens going off and sounds of gunfire and bombing, he has to come up from the bunker to keep his dog warm as it's freezing underground.

The student says he got 'Malibu', the rescue puppy, last February in Kharkiv.

"I am stuck here since my flight was on February 27," he said. Introducing the puppy in the video frame, he said the animal is stressed out and "crying all the time" because of the sounds of constant bombing.

"If you can, please help us. Even the Indian embassy in Kyiv is not helping us out. We don't have updates from anyone," he said in an appeal to the Indian government.