"When we design these systems, understand that these airplanes are flown in the hands of pilots," Muilenburg told the media on Monday following Boeing's annual shareholder meeting in Chicago. 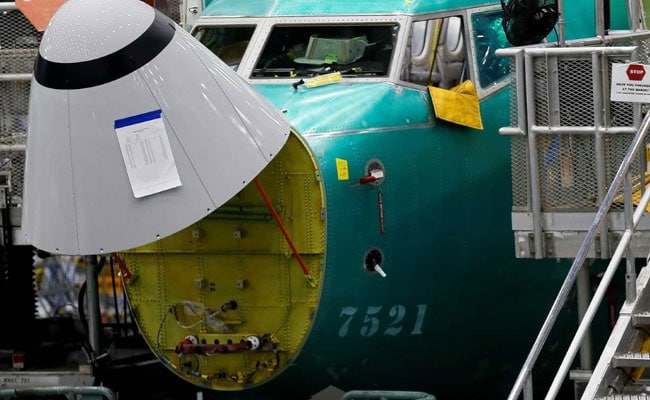 Boeing last week announced earnings fell 21 per cent in the first quarter because of the crisis.

Boeing CEO Dennis Muilenburg said the safety systems on its 737 MAX jets were properly designed, but the pilots did not "completely" follow the procedures that the company had outlined to prevent the kind of malfunction that caused the two fatal crashes within a span of five months.

The company's anti-stall software, called MCAS, was a common link in the March 10 crash of an Ethiopian Airlines jet and October crash of the Lion Air 737 MAX. The two accidents killed a total of 346 people and led to a global grounding of the aircraft, CNN reported.

"When we design these systems, understand that these airplanes are flown in the hands of pilots," Muilenburg told the media on Monday following Boeing's annual shareholder meeting in Chicago.

He added that Boeing was unable to find any "technical slip or gap" in building its MCAS software. It met Boeing's design and safety criteria, and adhered to certification protocols, the CEO added.

In contrast to Muilenberg's remark on Monday, Ethiopian officials had said earlier this month that pilots flying Ethiopian Airlines Flight 302 repeatedly performed all of Boeing's procedures, but could not control the plane before it crashed.

Boeing has accepted its role in the crashes.

On Monday, Muilenburg reiterated that Boeing can make some improvements to make the 737 MAX safer to fly.

"Going forward we have identified a way to improve," he said.

"I am confident that that again will make one of the safest airplanes in the air to fly... We know this is a link in both accidents that we can break."

He vowed the 737 MAX will become the safest plane in the air once Boeing develops a fix to the automatic safety feature that is the focus of the two crash investigations.

The company's stock has lost about 10 per cent of its value since the March 10 crash, which prompted the worldwide grounding of the 737 MAX last month, reports CNN.

Boeing last week announced earnings fell 21 per cent in the first quarter because of the crisis.

The company suspended its share repurchase plans to conserve cash.