Pervez Musharraf said the publication of the book 'Spy Chronicles' by Asad Durrani was not a conspiracy but sheer foolishness. 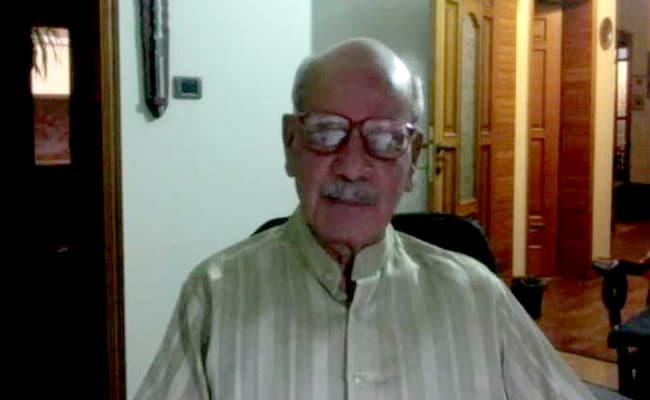 Asad Durrani has been put on Pakistan's no-fly list

Asad Durrani's name has been put on Pakistan's no-fly list and Pakistan Army has ordered a Court of Inquiry to investigate his claims mentioned in the book he co-authored with former Research and Analysis Wing chief AS Dulat.

When asked about the fate of Asad Durrani, Mr Musharraf said, "Let the army decide".

"I was surprised when I found out that a former DG ISI and a retired RAW chief have authored a book together," said Mr Musharraf while speaking in an Express News talk show.

He said the publication of the book 'Spy Chronicles' by Mr Durrani was not a conspiracy but sheer foolishness.

The release of the book has sparked accusations of treachery against the former spy chief after his candid views on various matters of regional and global concern came under intense public scrutiny.

The powerful military, which has ruled Pakistan for about half its history since independence in 1947, is considered a major player in the country's politics.

Mr Musharraf also claimed that he had sacked Asad Durrani as Pakistan's ambassador to Saudi Arabia due to his poor performance.

Referring to the Kargil operation of 1998, Mr Musharraf claimed that Mr Durrani has criticised the operation in his book because "I was able to pull it off with a reasonable success".

Promoted
Listen to the latest songs, only on JioSaavn.com
"He was senior to me and believed that I should have learnt from him, but I [successfully] conducted the operation", Mr Musharraf claimed.

"An army official should be ashamed of himself for badmouthing the operation," he said.