US "Fully Prepared" After Vladimir Putin Boasts Of Hypersonic Missiles

But despite the Pentagon's claims, America is far from capable of stopping any type of missile attack, a fact it has lived with since the Cold War. 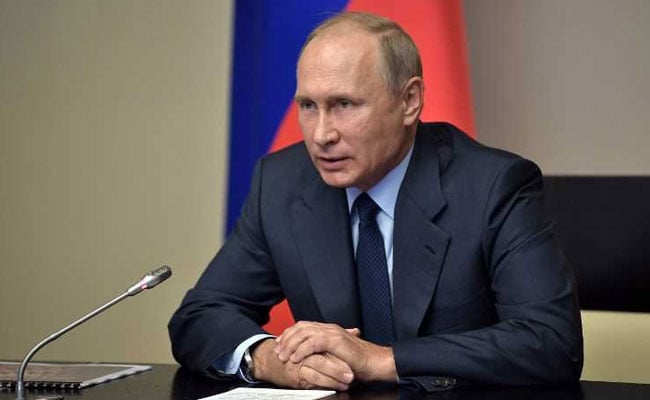 Washington: The Pentagon on Thursday brushed off Russian President Vladimir Putin's boast of developing "invincible" missiles, claiming the United States was fully prepared for anything that might come its way.

In his state of the nation address, Putin described several advances in missile technology, including a hypersonic weapon that can fly at many times the speed of sound and evade existing missile defense systems.

"We are not surprised by (Putin's) statement, and the American people should rest assured that we are fully prepared," Pentagon spokeswoman Dana White said.

White said she was "very confident" in America's ability to react to "anything that may come our way." "We are prepared and we are ready," she said.

Hypersonic weapons under development by Russia and China -- as well as by the United States -- can beat regular anti-missile defenses because they are designed to switch direction in flight and do not follow a predictable arc like conventional missiles, making them much harder to track and intercept.

But despite the Pentagon's claims, America is far from capable of stopping any type of missile attack, a fact it has lived with since the Cold War.

While it has had some limited success in developing interceptors capable of stopping one or two missiles from a rogue regime like North Korea, a barrage of nukes from Russia or anywhere else would be unstoppable and trigger the "mutually assured destruction" of both nations.

Still, US officials increasingly are turning attention to trying to develop some sort of defense against hypersonic missiles.

In its proposed $9.9 billion requested budget for 2019, the Missile Defense Agency (MDA) is asking for $120 million to develop hypersonic missile defenses, a big increase from the $75 million in fiscal 2018.


(Except for the headline, this story has not been edited by NDTV staff and is published from a syndicated feed.)
Comments
Hypersonic WeaponVladimir Putinhypersonic missiles