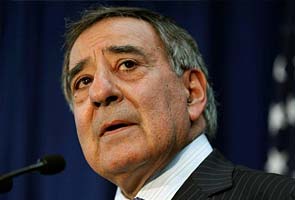 Bangkok: Defence Secretary Leon Panetta ordered US military commanders on Thursday to carry out a review of ethics training among senior officers amid a widening sex scandal that cost CIA chief David Petraeus his job.

A spate of recent scandals involving the top brass had "the potential to erode public confidence in our leadership and in our system for the enforcement of our high ethical standards", Panetta, on a tour of Asia, wrote in a memo to the military's top-ranking officer, General Martin Dempsey.

"Worse, they can be detrimental to the execution of our mission to defend the American people," he wrote.

The announcement comes in the wake of a scandal that prompted the resignation of the former four-star general and CIA director Petraeus, as well as a litany of allegations and disciplinary action against other senior military leaders.

Panetta directed Dempsey and the chiefs of the armed services to examine "existing ethics training programmes to determine if they are adequate" and to report back with their findings within a few weeks.

The Pentagon chief then planned to issue an initial report to President Barack Obama on the issue by December 1, according to the memo released to reporters.

Recent investigations and embarrassing revelations have painted a picture of a military leadership living a privileged existence, unlike the troops they lead, with critics saying the senior officer corps has become increasingly unaccountable.

The commander of US and NATO troops in Afghanistan, General John Allen, has been caught up in the Petraeus affair while another four-star officer, General William "Kip" Ward, was demoted to three stars this week after a probe alleged he had wasted government funds on a lavish lifestyle.

Ward spent public money on a $747 hotel suite in Bermuda and used his staff to run personal errands, according to a Defense Department inspector general's report. Ward, the former head of African command, has denied the accusations.

Another Army general, Jeffrey Sinclair, was removed from his post earlier this year in Afghanistan after being accused of sexual misconduct with subordinates and of threatening one woman's life.
Comments
David Petraeus