Pakistani authorities searched the missing wallet in all the rooms in the ministry and questioned junior-level employees. 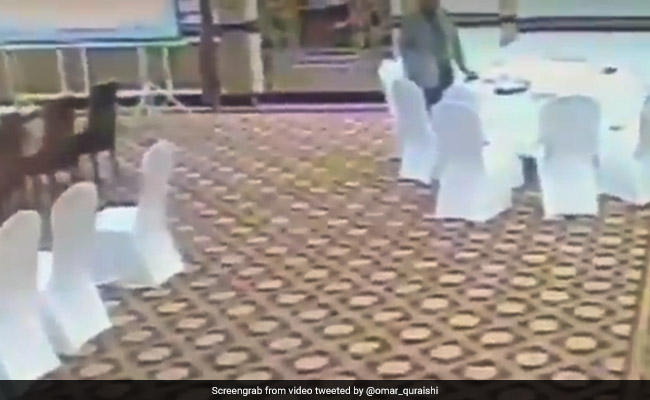 The Pakistani official denied his involvement, but later returned the wallet.

In a major embarrassment for the Pakistani government, a senior bureaucrat was caught on camera allegedly stealing the wallet of a Kuwaiti official who was part of a delegation that visited the country to discuss investment plans.

The incident took place when the Kuwaiti delegates and Pakistani officials had left the meeting hall, and the Kuwaiti official left his wallet behind on a table, Pakistani newspaper Dawn reported. The six-second clip that has been shared widely on social media shows the Pakistani official, a grade-20 officer, putting the wallet into the pocket of his jacket.

The Kuwaiti official registered a complaint with his Pakistani counterparts.

Local authorities searched the missing wallet in all the rooms in the ministry and questioned junior-level employees. However, the CCTV camera installed in the meeting hall revealed that the wallet was stolen by a senior official. At first the official denied his involvement, but later returned the wallet to the authorities, Dawn reported.

Grade 20 GoP officer stealing a Kuwaiti official's wallet - the official was part of a visiting delegation which had come to meet the PM pic.twitter.com/axODYL3SaZ

The Pakistani authorities assured the Kuwaiti officials that action would be taken against the erring official.

No police complaint has been filed yet. An internal probe has been initiated against the official, Dawn reported.