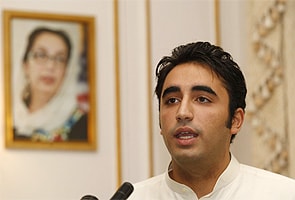 Following this, 24-year-old Bilawal will tour several districts across Pakistan with the party's central leadership in January and hold meetings with PPP leaders and workers, the Urdu daily Express reported today.

Bilawal's tour will begin from the Lyari area of Karachi, a traditional stronghold of the PPP.

The daily quoted PPP sources as saying that Bilawal's father, President Asif Ali Zardari, has been holding meetings with the PPP's senior leadership regarding the country's political situation and party affairs.

Zardari held extensive talks with party leaders during a visit to Multan last week, after which he directed Bilawal to take responsibility for the party's "crucial matters," the report said.

Sindh Chief Minister Qaim Ali Shah, Zardari's sister Faryal Talpur and eight other senior PPP members are also part of this committee, which will decide on the strategy to be adopted during the general election expected to be held in March 2013.

All PPP leaders have been directed to initiate a public outreach campaign immediately and all federal and provincial ministers and lawmakers have been told to ensure their presence for at least two days in offices in cities, districts, tehsils, towns and wards.

They were told to contact the people and to try to solve their problems.

According to sources, the PPP-led government will issue a report on the party's performance during the past five years in power.

Though Bilawal will not be eligible to contest elections till he turns 25 in September 2013, he has begun taking on a larger role in the affairs of the PPP over the past few months.

Bilawal was made Chairman of the PPP shortly after his mother was assassinated by a suicide bomber in December 2007.
Comments
Bilawal Bhutto