PIA crash: At least 57 bodies have been recovered from the site of the crash, but it cannot be said they all are of the people on board as the plane crashed on four-five houses. 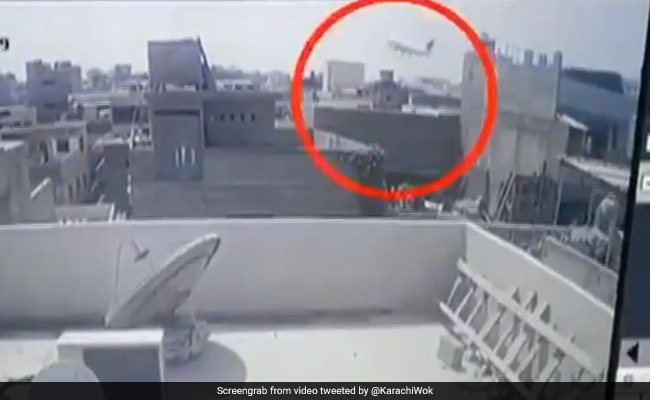 PIA crash: At least 57 bodies have been recovered from the site of the crash

An Airbus A320 of the Pakistan International Airlines descends dangerously close to the houses in a densely populated residential area of Karachi, less than a kilometer from the airport where it was trying to land, and hits one of the buildings, tail first. There is an explosion and within a fraction of a second, thick plumes of black smoke rise in the air. All this, captured on a CCTV camera on the roof of one of the houses in the same locality.

There were 99 people on board flight PK-8303 that took off from Lahore and was to land at the Jinnah International Airport in Karachi on Friday afternoon. 97 have died.

"But we are still to determine whether these 57 people were all on board the flight or include area residents as a number of houses have been badly damaged by the aircraft when it crashed," Sindh Health Minister Azra Pechuho was quoted as saying by news agency PTI.

The plane, according to reports, was attempting to land for a second time after cancelling the previous attempt in a routine maneuver known as a go-around. In the final moments before the crash, recorded on a flight tracking website, one of the pilots can be heard telling the Air Traffic Controller that they had lost both the engines, before sending the international distress message, "Mayday, Mayday, Mayday".

Eyewitnesses said the plane first hit a mobile tower and crashed over houses in Jinnah Garden area near Model Colony in Malir. The wreckage and several houses in the area caught fire, visuals by Pakistan media earlier in the day showed.

The crash comes just a week after Pakistan resumed flights which had been grounded over a lockdown due to the coronavirus pandemic.

This is the first major aircraft crash in Pakistan after December 7, 2016 when a PIA ATR-42 aircraft from Chitral to Islamabad crashed midway, killing all 48 on board.