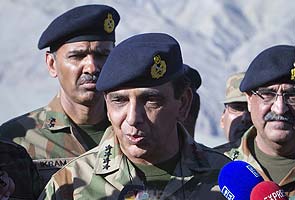 Kabul: Pakistan is genuine about backing the nascent Afghan peace process and shares the Kabul government's goal of transforming the Taliban insurgency into a political movement, a senior Afghan government official told Reuters.

"They have told us that they share the vision contained in our roadmap which is basically to transform the Taliban from a military entity into a political entity to enable them to take part in the Afghan political process and peacefully seek power like any other political entity in Afghanistan, he said.

The official, who is closely involved in reconciliation efforts, said recent face-to-face talks between senior Taliban members and Afghan officials in France were an "enormously helpful" step in building a wider environment for peace.

Until now, the Taliban and Afghan officials only made indirect contacts.

The official's remarks signaled unprecedented optimism from Afghanistan that Pakistan - long accused of backing Afghan insurgent groups - was now willing to put its weight behind reconciliation efforts, which are still in early stages and are vulnerable to factionalism.

"We are very optimistic. We believe that they are genuine in this discussion with us," said the senior government official.

The senior official cautioned, however, that in order to sustain that optimism, Pakistan would need to take further concrete steps after releasing some mid-level Afghan Taliban members from detention, who may be useful in promoting peace.

The nuclear-armed South Asian nation, a strategic US ally, is seen as critical to US and Afghan efforts to stabilise the country before most NATO combat troops withdraw by the end of 2014.

Pakistan's powerful army chief has made reconciling warring factions in Afghanistan a top priority, Pakistani military officials and Western diplomats told Reuters, the clearest signal yet that Islamabad means business in promoting peace with the Taliban.

General Ashfaq Kayani, arguably the most powerful man in Pakistan, is backing dialogue partly due to fears that the end of the U.S. combat mission in Afghanistan in 2014 could energize a resilient insurgency straddling the shared frontier, according to commanders deployed in the region.

The senior Afghan government official has a similar assessment.

"I think there is a sense that we are also getting, that cooperation from Pakistan now is bound to be meaningful, substantive," he said.

"The reason is frankly, most in Pakistan, in our view, have reached the conclusion that time is running out. That it is no longer just about Afghanistan's instability and Afghanistan's insecurity but it's very much a question of security for themselves."

The Haqqani network -- which has far more experience in guerrilla warfare than the Afghan Taliban - would be welcomed to the peace process as long as it met certain conditions, said the official.

"From our point of view, the door of peace is open to anyone. The Haqqanis are a pretty challenging group of people," he said.

Promoted
Listen to the latest songs, only on JioSaavn.com
Pakistan's intelligence agency denies Afghan accusations that it uses the Haqqani network and other militant groups as proxies to counter the influence of rival India in Afghanistan.

The Haqqanis are blamed for a number of high-profile attacks on Western targets, including embassies, in Kabul, highlighting the resilience of insurgents after years of fighting Western forces equipped with superior firepower and technology.
© Thomson Reuters 2012
Comments
Taliban