One Of UK's Oldest Penguins Dies In Fox Attack: Report

Mrs Wolowitz, the oldest penguin at Edinburgh Zoo in Scotland, has died after a fox assault, according to an official announcement. 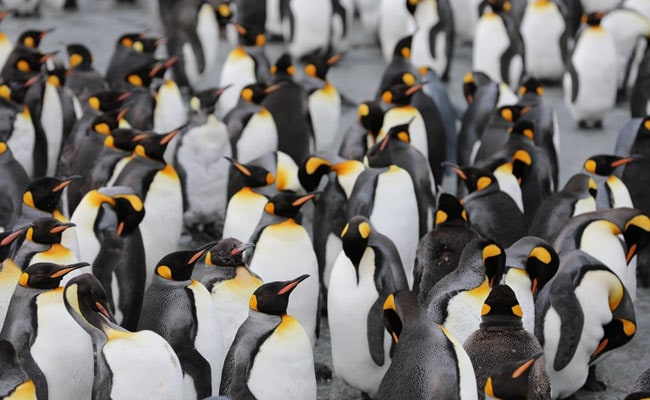 The penguin was a big personality and a favourite among keepers and visitors. (Representational Photo)

Mrs Wolowitz, the oldest penguin at Edinburgh Zoo in Scotland, has died after a fox assault, according to an official announcement. A fox broke into the Mrs. Wolowitz penguin's habitat on Wednesday night, killing the 35-year-old bird, said a report from BBC.

The Northern Rockhopper was a well-liked tourist attraction. She was hatched in 1987 and survived to be twice as compared to a normal penguin does. No other penguins in the enclosure were hurt, according to the zoo.

"We were saddened to discover a fox had broken into our penguin enclosure through the night and attacked Mrs Wolowitz, our oldest penguin," said Darren McGarry, head of living collections at Edinburgh Zoo.

"She was a big personality and a favourite among keepers and visitors, who will miss her. Thankfully, the rest of our colony were unharmed and are doing well," Mr McGarry added.

At the age of four, Mrs. Wolowitz gave birth to Mr. Green, her only child, in 1991. The zoo was home to a number of Northern Rockhopper penguins, including her, the outlet further said.

Due to overfishing, climate change, changes in the marine habitats, and other threats, they are an endangered species. Europe's largest outdoor penguin pool is located at the Penguin Rock at the Edinburgh Zoo. King and Gentoo penguins can also be found at the zoo. The penguin parade is a well-liked tourist destination.

The zoo declared that it will consider what further it might do to further defend the animals in the enclosure from potential threats.

"Our expert teams check the enclosures daily for signs of damage but there is always a risk that wild animals will break in. We will be looking at what we can do to reinforce the boundary," Mr McGarry further said.