The man was "neutralised" by police in Trappes after trying to hide in a building, the source said, without specifying if he had been killed. 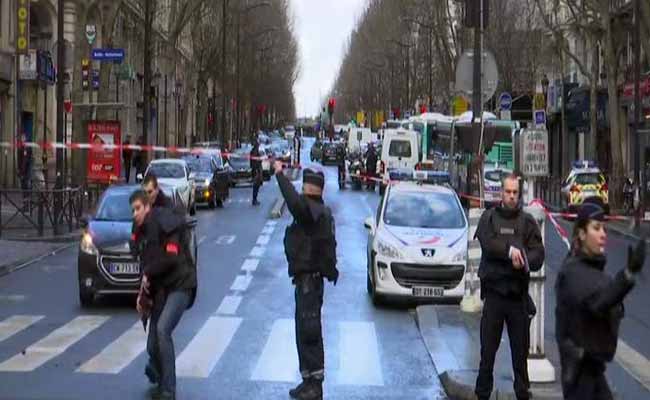 The man was "neutralised" by police in Trappes after trying to hide in a building. (Representational)

A man armed with a knife killed his mother and sister and seriously injured another person in a town near Paris on Thursday, officials said.

The man, who police said had been on a terror watch list since 2016, was later shot and killed after confronting police in Trappes.

The motive for the violence remains unclear, but the ISIS group claimed the attack via its propaganda channel.

Experts urge caution about the group's announcements, however, because it has lost credibility after recently claiming seemingly unrelated violence as it faces defeat on the battlefield in the Middle East.

"My first thoughts go to the victims and their loved ones," Interior Minister Gerard Collomb wrote on Twitter.

"I want to commend the security forces for their exemplary reaction and mobilisation."

The man had been on the terror watch list after expressing extremist views, a police source said.

Trappes has a population of around 30,000 and is part of the far suburbs of the greater Paris area, lying about 30 kilometres (20 miles) southwest of the capital.

Only a short drive from the wealthy area of Versailles, home to the world-famous Versailles Palace, the town is known for its social problems linked to poverty, gangs and hardline interpretations of Islam.

About 50 locals are suspected of having left France to fight for the ISIS group in Syria and Iraq, French security sources have previously told AFP.

France remains on high alert after a string of jihadist attacks since 2015 that have claimed the lives of more than 240 victims.

The ISIS group claimed that "the person who carried out the attack in Trappes, southwest of Paris, was an ISIS fighter".

"He carried out the attack in response to calls to target subjects of the countries of the coalition" fighting IS, said a statement on its propaganda channel Amaq.

The leader of the extremist group Abu Bakr al-Baghdadi had called on Muslims to wage "jihad" in a purported new audio recording released on Wednesday.