Oil To Defence, Saudi King Tightens Grip With Promotion Of Another Son 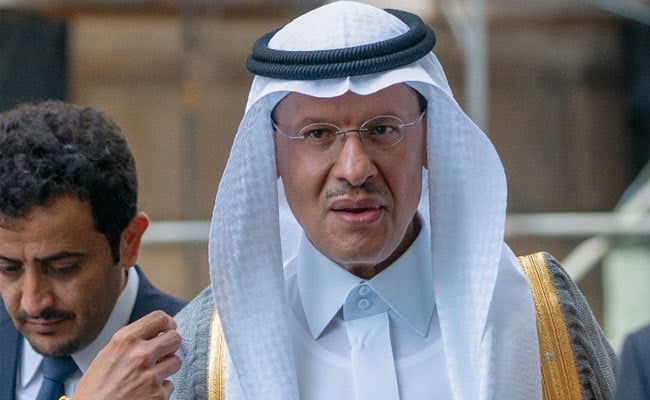 Saudi King Salman on Sunday promoted one of his sons to the pivotal role of energy minister, strengthening his family's grip on the levers of power from oil to finance and defence.

Prince Khalid bin Salman, their younger brother, is effectively in charge of the defence ministry.

Here are profiles of the king's three powerful sons:

The meteoric rise of the 34-year-old, known as MBS, has seemed almost Shakespearean.

In June 2017, he edged out a 58-year-old cousin, Prince Mohammed bin Nayef, to become heir to the throne.

He was previously his deputy.

If he succeeds as king, foreign diplomats predict the prince could well be in control of Saudi Arabia for at least half a century.

He has already amassed powers unseen by previous Saudi rulers.

Prince Mohammed is also the kingdom's defence minister and chairman of the vast Public Investment Fund, which is spearheading efforts to diversify the oil-reliant economy.

He has undertaken unprecedented social reforms, such as allowing women to drive and reopening cinemas, but has also elicited widespread criticism for cracking down on dissent.

Prince Mohammed has developed close ties with the White House under US President Donald Trump, especially with his son-in-law and adviser Jared Kushner.

The 59-year-old prince, the older half-brother to the crown prince, is the first royal family member to be named energy minister, a key post in the oil-rich kingdom.

A veteran energy official, he has decades of experience working in the ministry.

After joining the ministry in the 1980s, Prince Abdulaziz served in a variety of roles, including deputy oil minister and minister of state for energy affairs, according to Saudi media.

A graduate of the kingdom's King Fahd University of Petroleum and Minerals, the prince worked closely with the three previous oil ministers.

"(He) has attended virtually every OPEC meeting since then (and) brings a wealth of institutional experience," said Ali Shihabi, founder of the now-shuttered pro-Saudi think-tank Arabia Foundation.

The prince takes over the ministry at a time when the kingdom is reeling from low oil prices, which could impede ambitious plans to diversify its economy.

He also takes charge as the world's top crude exporter accelerates preparations for a much-anticipated stock listing of state-owned oil giant Aramco, expected to be the world's biggest.

The 31-year-old, a younger full brother to the crown prince, was appointed deputy defence minister in February this year.

Saudi officials say he is effectively in charge of defence affairs -- at a time when the kingdom is sliding into a military quagmire in neighbouring Yemen following its intervention against Iran-linked Huthi rebels in 2015.

He is also said to be overseeing a multi-billion dollar effort to boost arms imports despite misgivings by several Western nations over the kingdom's human rights record.

A trained fighter pilot, the prince was previously the Saudi ambassador to Washington, a key ally of Riyadh.

The prince is said to be one of the most trusted members of the crown prince's inner circle.