Donald Trump vs Jack Dorsey: The 3.40-minute-long video was tweeted on June 3. Twitter said the video on the US President's campaign account was affected by its copyright policy 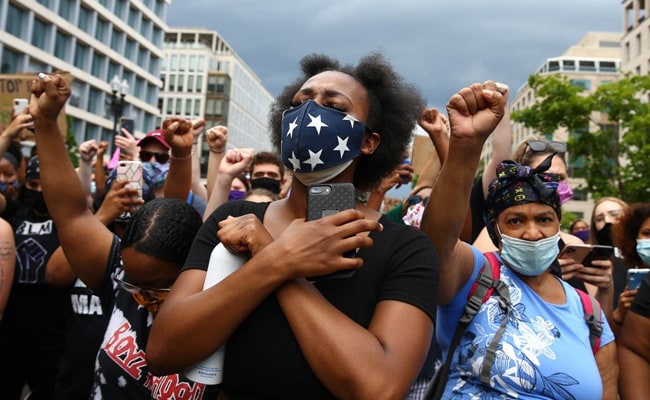 Twitter chief executive Jack Dorsey has defended the world's biggest microblogging website's decision to disable US President Donald Trump's campaign tribute video to a black man who died in police custody, an incident that has sparked massive race protests across the US.

In his continuing battle against social media firms, Mr Trump alleged Twitter's latest move was for the benefit of what he called "Radical Left Democrats".

The US President tweeted an article on a website that said Twitter removed Mr Trump's video "showing empathy for peaceful protesters". "They are fighting hard for the Radical Left Democrats. A one sided battle. Illegal. Section 230," Mr Trump tweeted, referring to a US law that says an "interactive computer service" can't be treated as the publisher or speaker of third-party content.

The Twitter CEO replied that the social media firm's latest action on the Trump campaign's tribute video to George Floyd was due to a "complaint from a copyright holder".

"Not true and not illegal. This was pulled because we got a DMCA complaint from copyright holder," Mr Dorsey tweeted, referring to the Digital Millennium Copyright Act.

Not true and not illegal.

This was pulled because we got a DMCA complaint from copyright holder. https://t.co/RAsaYng71a

Twitter last week flagged tweets by the US president on mail-in voting as inaccurate, leading to a face-off between Mr Dorsey and Mr Trump, who threatened to shutter social media over Twitter's actions on his posts.