General Kim Yong Chol, who is in charge of inter-Korean affairs for the ruling Workers' Party, made a rare trip to the South to attend Sunday's closing ceremony of the Winter Olympics. 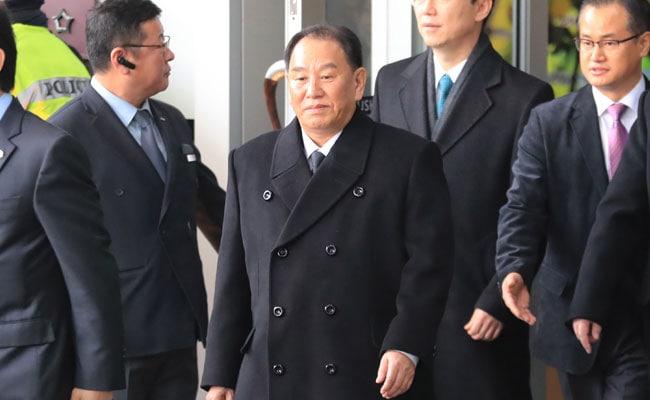 Seoul, South Korea: A powerful North Korean general Tuesday wrapped up his visit to the South as part of an Olympics charm offensive by Pyongyang that has drawn angry protests calling for his arrest.

General Kim Yong Chol, who is in charge of inter-Korean affairs for the ruling Workers' Party, made a rare trip to the South to attend Sunday's closing ceremony of the Winter Olympics.

Seoul has sought to use the Pyeongchang Games to open dialogue between the North and the US in the hopes of easing a nuclear standoff that has sparked global security fears.

North Korean leader Kim Jong Un sent his sister to the opening ceremony before sending Kim Yong Chol, although both had no known interaction with US delegates including Vice President Mike Pence and President Donald Trump's daughter, Ivanka.

"The two Koreas ... agreed to continue joint efforts to improve bilateral relations and establish peace on the Korean peninsula (during the meeting)," it said in a statement.

TV footage showed the general leaving a Seoul hotel where he and seven other delegates had been staying and getting into a sedan on their way to the border.

President Moon Jae-in, in a meeting with Kim Yong Chol on Sunday, urged Pyongyang to open dialogue with the US as soon as possible to which Kim responded by saying the North was "very willing" to hold talks.

But Washington ruled out any possibility of talks before Pyongyang which last year staged multiple missile and nuclear tets takes steps towards denuclearisation.

The US also announced last Friday what Trump hailed as "heaviest ever" sanctions on the isolated regime.

Moon, who advocates dialogue with the North to defuse tension, said on Monday that Washington needs to "lower the threshold for talks" with the North.

Analysts say the North's overtures are intended to loosen sanctions imposed over its weapons programmes, and to weaken the alliance between Seoul and its security guarantor, the US.

Kim is accused of masterminding several attacks on the South including a 2010 sinking of a South Korean warship that killed 46 sailors, for which the North has denied responsibility.

His visit drew angry protests by conservative lawmakers and activists in Seoul, with some ripping up portraits of the general and burning North Korean flags outside the hotel where he was staying.

(Except for the headline, this story has not been edited by NDTV staff and is published from a syndicated feed.)
Comments
North korea South koreaNorth Korea USPyeongchang 2018 Winter Games