No White House Trip For Non-Citizens, Says US Principal; Sent On Leave

The school system said the principal will not be returning for the rest of the school year in Maryland, where a majority of students are Hispanic and the children of immigrants. 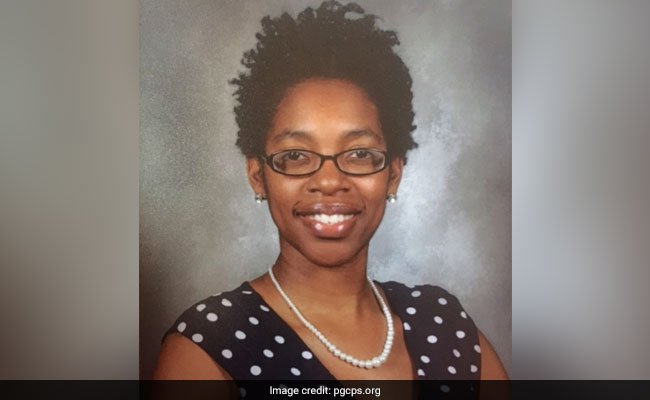 The Principal of Maryland School, Ashanti Foster had apologised to parents in a letter.

A Maryland elementary school principal has been placed on administrative leave, a Prince George's County school system spokeswoman said Friday, after distributing an unauthorized permission slip that said fourth-grade students who are not citizens would not be allowed to go on a planned field trip to the White House.

The school system said Ashanti Foster will not be returning for the rest of the school year to Thomas Stone Elementary School in Mount Rainier, Maryland, where a majority of students are Hispanic and the children of immigrants.

Prince George's County schools have long arranged White House visits through a National Park Service program, said schools spokeswoman Raven Hill. While the May 28 trip had been approved, the document sent to parents last month by the school was not. The White House tour was cancelled as a result of the errant permission slip, and an alternative trip visiting other national monuments and memorial parks in Washington will take place.

"The issue here was whether school staff took appropriate steps to ensure that all students could participate in a meaningful way," said schools superintendent Monica Goldson in a statement on Friday. "That did not happen."

The schools chief said she is making "personnel changes" to improve the school's climate, placing the principal on administrative leave and reviewing the circumstances surrounding the field trip. She named assistant principal Patricia Crosson as acting principal.

Foster did not respond to a request for comment. But in a letter to parents Wednesday, the principal said the "permission form did not reflect our values as a learning community, and for that, I apologize."

The controversy - first reported by the Route-1 Reporter news site - erupted publicly when Rocio Terminio-Lopez, mayor of nearby Brentwood, Maryland, posted a copy of the permission slip on social media asking for help explaining its meaning.

The document - written in English and Spanish - sought information including students' full names, birth dates, country of birth and citizenship status. Students who were not citizens were supposed to provide a passport number.

"If a scholar is not classified as a U.S. Citizen, they will not be able to attend the field trip," the permission slip read in bold letters at the bottom.

The questions on the form appear to match what congressional staffers ask when arranging free White House tours for constituents, according to a screenshot of that internal application provided to The Washington Post.

A U.S. Secret Service spokesperson confirmed that the questions on the permission slip are required of all children seeking a "boarding pass" to the White House. Children who are not citizens must bring a valid passport with them once cleared.

School officials said the problem was not with the identification requirements, per se, but the wording at the bottom of the permission slip Stone sent out.

Prince George's County school officials would not have approved any form or activity that "excluded students based on citizenship, race/ethnicity, sexuality, religion or ability," the statement said.

Prince George's County Council member Deni Taveras, a Democrat whose district includes Stone, said the planning for the trip was insensitive and could easily have appeared threatening to families in the United States illegally.

Constituents had complained to her office in the past about the school, she said, including a lack of sufficient bilingual staff and a requirement that parents show a government-issued ID to accompany children to class on the first day of the academic year.

With the field trip permission slip wording, Taveras said, "instead of stopping and thinking, 'this isn't a good idea,' they went forward and created more division."