No, Putin Did Not Call Donald Trump 'A Genius' 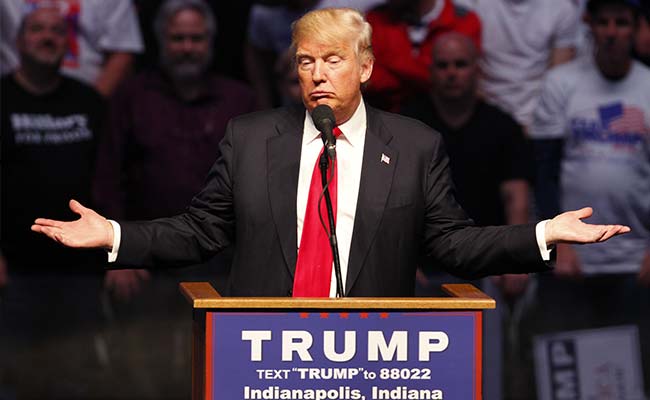 Donald Trump, the front-runner for the GOP presidential nomination, has reveled in what he considers high praise from Russian President Vladimir Putin.(File Photo)

"I think he [Russian President Vladimir Putin] said some really nice things. He called me a genius. He said Trump's a genius. Okay. So, you know, that's nice."

Donald Trump, the front-runner for the GOP presidential nomination, has reveled in what he considers high praise from Russian President Vladimir Putin. He likes to claim, in fact, that Putin called him "a genius."

For instance, during a campaign event in South Carolina in February, Trump noted that Putin "called me a genius" and expressed hope that would mean better relations between Russia and the United States. "I'm not disavowing that [Putin] called me a genius. Are you crazy?" he said. "Wouldn't it be good if we actually got along with countries, wouldn't it be a positive thing? Do we always have to fight?"

Trump brought up Putin's supposed praise again recently in an interview on Fox's "The O'Reilly Factor." "He called me a genius," Trump bragged. But not surprisingly, a little research shows that Putin said no such thing.

After Putin's annual news conference in December, he was cornered by a reporter for ABC News and asked what he thought of Trump. You can see the images were captured on what appears to be an iPhone. Here's how ABC News translated his remarks:

"He's a very colorful person. Talented, without any doubt, but it's not our affair to determine his worthiness - that's up to the United States voters. But he is absolutely the leader in the presidential race."

Russian is notoriously complex to translate into English, so various news organizations rendered the quote in slightly different ways. Here's how our colleague Andrew Roth cast the first part of the quote: "He's a very lively man, talented without doubt."

At the New York Times, the quote appeared as: "He is a very flamboyant man, very talented, no doubt about that."

Hmmm, flamboyant, very lively, very colorful . . . none of that sounds anything like "genius."

But there was also a translation offered by Interfax, a Russian nongovernmental news agency. In a tweet, the news agency appeared to say Trump "is a very bright and talented man and the absolute leader of the presidential race." (At least that's how the tweet was translated by Bing.) A handful of news reports went further and said he called Trump "very brilliant."

The Guardian newspaper originally went with "bright" but then realized this was being misinterpreted. It corrected its headline and offered this explanation: "An earlier version quoted Putin as saying 'bright and talented.' To clarify: The word he used was 'yarkii,' which can mean bright or brilliant, but not in the sense of intelligent; it can also be translated as colorful, vivid or flamboyant."

"The Guardian's correction hits the nail on the head," Roth said. "To me, flamboyant seems slightly negative, which I don't think was Putin's aim. Lively or colorful are perfectly fine translations."

Roth added: "Another point sometimes missed is that Putin didn't even say this during the press conference, but only after the broadcast was over, when an American reporter filming on an iPhone approached him in a scrum with a question. So the idea that he took time during a nationally televised presser to call Donald Trump 'brilliant' is totally false. He hasn't called him brilliant or intelligent in other cases either."

We can find no examples of a news report saying Putin called Trump a "genius." As usual, the Trump campaign did not respond to a request for evidence to back up Trump's claim. But Trump appears to have stretched a mistranslation into something far afield from its actual meaning.

It shouldn't surprise us that Trump has exaggerated "bright" into "genius." But in reality, that's not what Putin meant at all. Instead, the Russian president said he regarded Trump as a "colorful" figure, which is not the same thing as someone with a 140 IQ.

No doubt about that.

Trump a GeniusPutin on Trump