Taliban Cabinet In Afghanistan: Even though the Taliban have assured of a change, trying to seek global recognition, such claims have been questioned and dismissed amid widespread criticism. 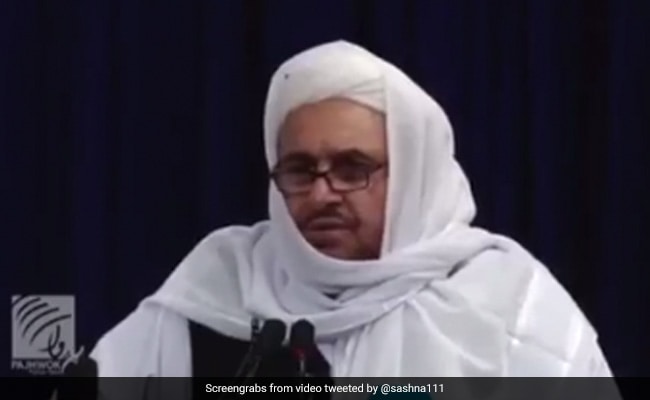 Less than a month after the Taliban returned to rule Afghanistan, a new cabinet was unveiled Tuesday with world leaders left to wonder about future ties with the nation. "In the future, all matters of governance and life in Afghanistan will be regulated by the laws of the Holy Sharia," Taliban supreme leader Haibatullah Akhundzada made it clear it in his first public statement since the August 15 fall of Kabul.

Even though the Taliban have promised a new, improved version of the hardline group, in an attempt to seek global recognition, the claims have been questioned because of the reality on the ground and the pronouncements of its leaders.

"No Phd degree, master's degree is valuable today. You see that the Mullahs and Taliban that are in the power, have no Phd, MA or even a high school degree, but are the greatest of all," Sheikh Molvi Noorullah Munir is heard saying in the video. The remarks, as expected, drew huge criticism.

This is the Minister of Higher Education of the Taliban -- says No Phd degree, master's degree is valuable today. You see that the Mullahs & Taliban that are in the power, have no Phd, MA or even a high school degree, but are the greatest of all. pic.twitter.com/gr3UqOCX1b

"Why is this man talking about education," said one Twitter user.

"Such shameful thoughts about education, having them in power is catastrophic especially for the youth & children!" read one of the posts on Twitter.

In the Taliban's new "interim government", Mullah Mohammad Hassan, the little-known head of the Taliban's leadership council, has been named as acting Prime Minister.

UN-designated terrorist Sirajuddin Haqqani is the new acting Interior Minister in the 33-member cabinet that has no woman member.

"As I speak and today, the Taliban announced their government. It is anything but inclusive," Afghanistan's Ambassador and Permanent Representative to the UN Ghulam Isaczai said on Tuesday.

(With inputs from PTI, AFP)