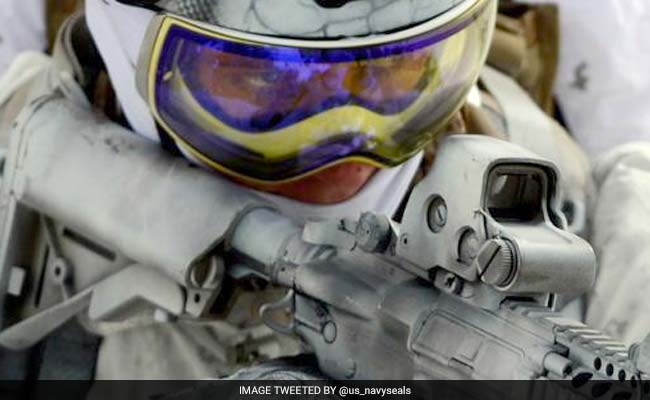 SEALs and other commando units are shrouded in secrecy and the special operators have frowned upon talking publicly about past missions.

Washington, United States: They are supposedly bound by a code of silence, but several of the US Navy SEALs involved in killing Osama bin Laden published accounts of the raid -- to the dismay of fellow fighters who fret the disclosures could put future missions at risk.

Demand is high for tell-all stories of how the SEALs killed America's Public Enemy No 1, and the years since his death have seen a flow of films, books, documentaries and news interviews giving juicy details of the May 2, 2011 raid.

SEALs and other commando units are shrouded in secrecy and, traditionally at least, the special operators have frowned upon talking publicly about past missions.

Details about bin Laden's death first came from the administration of Barack Obama -- dismaying the defense secretary of the time, Robert Gates.

"Why doesn't everybody just shut the fuck up?" Gates recalls telling Tom Donilon, Obama's then national security adviser, in his memoirs.

Then, in a further break with tacit convention, some of the SEALs involved recounted part of the fateful night.

One of the special operators, Matt Bissonnette, published a book in 2012 about his role in the raid, entitled "No Easy Day."

Then his former squad mate Robert O'Neill achieved worldwide notoriety by claiming to be the SEAL who fired the fatal shots into bin Laden.

O'Neill said he had wanted to share his story to help give closure to the family of victims of the September 11, 2001 attacks.

But for many in the elite special operations forces brotherhood, it all goes against the commando ethos.

Calling themselves the "quiet professionals," SEALs have long accepted that their work be carried out anonymously.

They worry disclosures from former SEALs could cede vital information to the enemy, and jeopardize future operations.

'Genie Back In The Bottle'

Lieutenant Forrest Crowell, himself a former SEAL, described the phenomenon in his thesis for the Naval Postgraduate School in California.

"By romanticizing and publicizing SEAL missions, the government fostered an insatiable curiosity that has driven a lucrative new market for SEAL information," he wrote.

"Any information that undermines the operational security of the SEALs and limits their ability to surprise the enemy increases their chances of failure and puts American lives at risk."

According to Sean Naylor, a journalist and author of "Relentless Strike," SEAL leaders "are now worried that books, films, all this is going out of control. They are trying to put the genie back in the bottle."

Such concern isn't limited to the SEALs.

In December, General Joe Votel, who at the time headed the Special Operations Command, asked the Obama administration to be more discreet.

"I am concerned with increased public exposure of SOF (Special Operations Forces) activities and operations, and I assess that it is time to get our forces back into the shadows," Votel wrote in a memo, parts of which were quoted by Foreign Policy magazine.

General Joe Dunford, the Chairman of the Joint Chiefs of Staff, also told the military to dial back discussions about commando operations.

But special forces won't disappear from the public eye completely. Their role in America's current military engagements is more important than ever.

About 300 special operators and support personnel have deployed to Syria, advising local troops on how to attack the ISIS group.

Another 200 or so are in Iraq conducting raids to capture or kill ISIS leaders.

Many work under the secretive Joint Special Operations Command, the group developed by the administrations of George W. Bush and then Obama.

The Pentagon says little about JSOC, but its units include the Army's Delta Force, and SEAL Team 6, which killed bin Laden.

The administration and the military must "find the right balance between operational security and the necessity to inform and educate the public," retired Army colonel David Maxwell, associate director for the Center for Security Studies at Georgetown University, told AFP.

Complete silence is impossible, he said.

"If the press or the entertainment industry is not provided (with information,) they will fill in the blanks," he added.