Navy SEAL Platoon Kicked Out Of Iraq For Drinking While Deployed: Officials 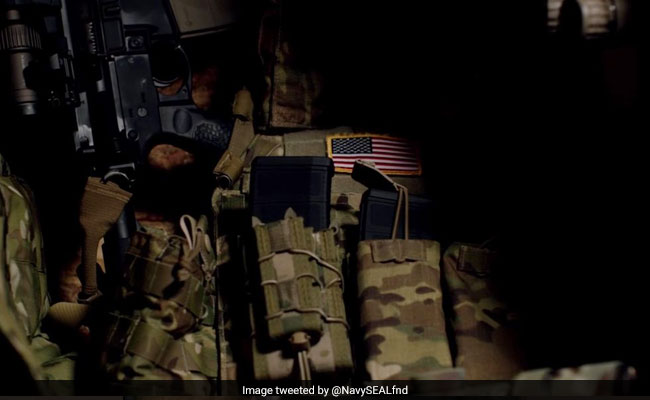 The SEALs were members of SEAL Team 7, which has headquarters in San Diego when not deployed

The commander of a U.S. Special Operations task force in Iraq has sent home a platoon of Navy SEALs for drinking while deployed, U.S. defense officials said, the latest discipline incident that has emerged for an elite force relied upon heavily by the Pentagon.

U.S. Special Operations Command said in a statement Wednesday night that the platoon was forced out early to San Diego "due to a perceived deterioration of good order and discipline within the team during non-operational periods" of their deployment.

"The Commander lost confidence in the team's ability to accomplish the mission," the statement said. "Commanders have worked to mitigate the operational impact as this SEAL platoon follows a deliberate redeployment."

The statement did not state what prompted the decision, but two defense officials with knowledge of the issue said that SEALs drinking alcohol prompted it. The officials, speaking on the condition of anonymity due to the sensitivity of the issue, said that the SEALs violated General Order No. 1, which bans alcohol use.

The SEALs were members of SEAL Team 7, which has headquarters in San Diego when not deployed, one of the defense officials said. It is not yet clear whether the SEALs could face criminal charges or administrative punishment of some kind. The unit is still under investigation, the officials said.

Cmdr. Tamara Lawrence, a spokeswoman for Naval Special Warfare Command, said in a statement on Wednesday night that her unit is "actively reinforcing" with the entire force "basic leadership, readiness, responsibility and ethical principles that must form the foundation of special operations.

"Leaders at all levels must lead in a way that sustains and sharpens that foundation," she said. "Discipline is a competitive advantage and enforcing those standards is critical to our success on the battlefield."

The disclosure by the military comes two days after the independent Navy Times reported that six members of SEAL Team 10 in Little Creek, Virginia, tested positive last year for cocaine use. Some of them had masked their usage of it in previous tests, some of the SEALs told investigators, Navy Times reported.

It also comes after Navy SEALs were implicated in the death of Army Staff Sgt. Logan Melgar, a Special Forces soldier who was strangled in Mali in June 2017. Two members of SEAL Team 6 -- Chief Special Warfare Operator Adam Matthews and Chief Special Warfare Operator Anthony DeDolph -- and two Marine Raiders were charged with murder. Matthews and one of the Marines, Staff Sgt. Kevin Maxwell, have pleaded guilty to lesser charges, and testified that Melgar was accidentally killed in what the military has called a hazing incident involving alcohol.

Another SEAL, Chief Warfare Operator Edward Gallagher, recently faced court-martial on war-crimes charges that included murder. He was acquitted of the most serious charges, but convicted of posing for an unlawful photo with the remains of an Islamic State fighter. The government's case against him fell apart after another SEAL who was offered immunity from prosecution to testify said under oath that, in fact, he had been the one to kill a wounded Islamic State fighter, not Gallagher.