NASA and Twitter set up a "date" in July to watch the launch of Mars rover Perseverance that will seek signs of ancient life and collect rock and soil samples for possible return to Earth. 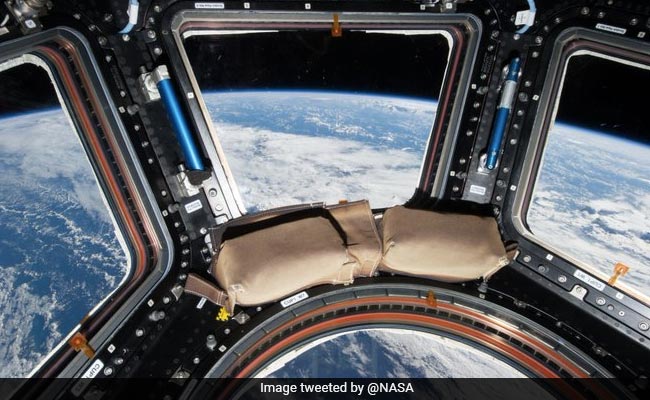 NASA and Twitter had a hilarous exchange on the social media platform.

NASA and Twitter engaged in some late-night friendly exchange, with the two setting up a "date" in July to watch the launch of NASA's Mars rover Perseverance that will seek signs of ancient life and collect rock and soil samples for possible return to Earth.

It all began with Twitter reaching out to the US space agency. "U up?" Twitter asked, tagging NASA.

The social media platform got a reply in one minute. "Hey, Twitter! What's up?" NASA replied.

Twitter being the earthling replied: "Tweeting from earth. What's up with you"

Here's how the rest of the conversation went:

NASA: Nice, we love Earth. Just look at it
Twitter: How's the wifi up there and also what's your favorite space snack?
NASA: WiFi is pretty decent! Some of our @NASA_Astronauts can tweet from up there! Favorite snack? Launch meat.
Twitter: sooo, Mars?
NASA: Obvi. Our @NASAPersevere rover is launching there in July. Watch with us?
Twitter: it's a date
NASA: *posts a GIF of an astronaut drawing a heart icon*
Mars rover Perseverance be the fifth exploratory vehicle on the Red Planet following in the tire tracks of the similarly augustly titled Sojourner, Spirit, Opportunity, and Curiosity.

Mars 2020 is part of a larger program that includes missions to the Moon as a way to prepare for human exploration of the Red Plane.

Perserverance is projected to land in February 2021.

The mission has two new objectives: To seek out signs of ancient life, and then sample materials and prepare a cache that can be returned to Earth on a return trip.

It builds on the same technology platform used by Curiosity, but will be able to land more precisely and has an onboard system to avoid hazardous terrain on descent.

It also has an improved wheel design, and carries a drill for coring samples from the Martian rocks and soil as it scours for signs of ancient microbial life.