Bethesda, Maryland-based aerospace giant Lockheed Martin thinks it can step into that gap, with the help of hundreds of millions of dollars from NASA. 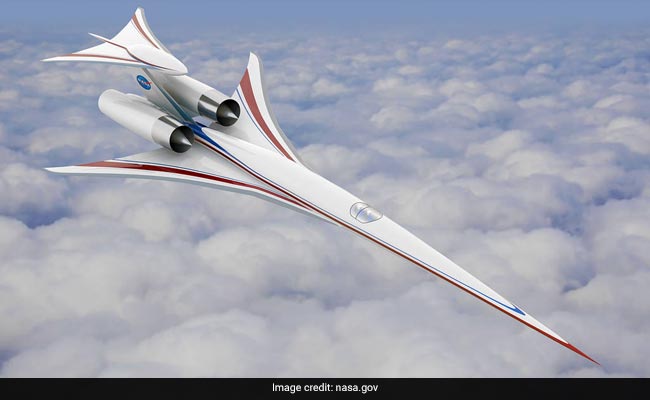 Despite the fact that supersonic air travel has been around for decades, the time it takes to fly from New York to Los Angeles has changed little since the early days of commercial flight.

U.S. regulators don't allow supersonic flight over land because of the ear-shattering sonic booms that come with it. Economics is an obstacle, too: a European-made supersonic business jet called the Concorde was put to rest in 2003 after manufacturers confronted flagging sales, ballooning development costs and a fatal crash.

Bethesda, Maryland-based aerospace giant Lockheed Martin thinks it can step into that gap, with the help of hundreds of millions of dollars from NASA.

A $247.5 million NASA contract called the Low Boom Flight Demonstration was awarded last week to a Palmdale, California-based business unit of the defense giant. It calls for the creation and testing of an experimental supersonic aircraft, called the X-plane, which will cruise at 55,000 feet and reach a maximum speed of 990 mph - faster than the speed of sound. Work began recently and will run through the end of 2021, NASA said in a news release.

NASA administrators described it as part of a long-standing effort to bring supersonic travel to a broader commercial market.

"Our long tradition of solving the technical barriers of supersonic flight to benefit everyone continues," NASA associate administrator Jaiwon Shin said in a release.

For Lockheed, the goal is to prove to federal regulators that those annoying thunderclaps can be reduced to barely audible thumps.

That could lead the Federal Aviation Administration to end the prohibition on overland supersonic air travel and clear the way for a new line of high-priced, supersonic business jets made by Lockheed Martin.

"The current prohibition on supersonic flight over land significantly constrains industry's justification to develop a commercial supersonic aircraft," Melissa Dalton, a Lockheed Martin spokeswoman, said in an email. "By delivering this purpose-built (supersonic jet) to NASA, we can prove the technology for quiet supersonic flight."

The plane comes from a contract awarded in 2016, under which Lockheed developed a preliminary design. In 2019, NASA will review the design and start construction on the plane, which is to be completed in 2021. 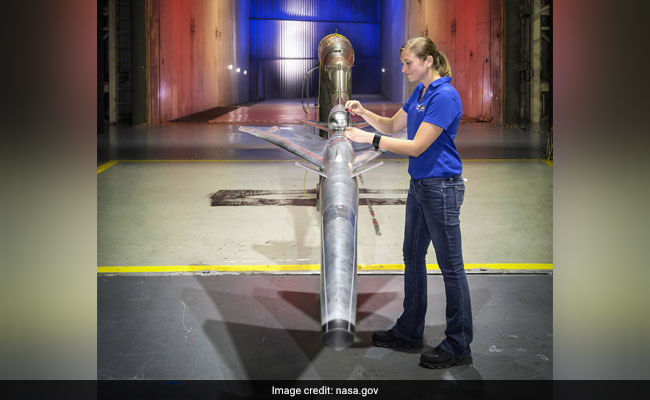 A video posted on YouTube by NASA shows a thinly pointed, dart-like plane with a single engine. At 94 feet long and a wingspan just under 30 feet, the plane seats one pilot.

An article published recently by NASA noted that the plane would quiet the supersonic boom through the design of the plane's hull. The X-plane's hull is crafted in such a way that shock waves remain separated when they hit the ground, the agency says.

The agency intends to fly the X-plane over four to six U.S. cities starting in mid-2022, with the goal of collecting data on how Americans respond to the flights, gauging "how effective the quiet supersonic technology is in terms of public acceptance."

The company is hoping that the data will give U.S. and international regulators enough information to make a new decision on the matter.

"This will support creation of a database with community responses that will enable a rule change for supersonic overland flight and make supersonic commercial travel possible for passengers around the globe," said Dalton, the Lockheed spokeswoman.

But even if those "gentle thumps" aren't felt by people on the ground, the same economic limitations that helped doom the Concorde could hurt Lockheed Martin one day.

One reason, he says, is that the engines capable of breaking the sound barrier aren't as fuel efficient as those that run commercial jets such as the Boeing 737. The X-plane is to be propelled through the air by a high-powered General Electric F414 engine, the same used by certain variants of the F/A-18 Super Hornet fighter jet used by the military.

"The idea of supersonic commercial travel ... we're 40 years away from that, but the problem is those 40 years are in the past," Aboulafia said. NASA "probably hasn't done any of the commercial market analysis, and if they did they would run away from a tire fire."

He acknowledged, however, that the market "might well justify a business jet."

Lockheed is trying to do just that through a recently announced partnership with Reno, Nev.-based aerospace company Aerion. The two companies want to develop a supersonic business jet called the AS2 and churn out hundreds of models starting in 2025 for high-paying business customers. That could give Lockheed Martin, the world's biggest defense contractor, a foothold in the high-end jet market dominated by rival General Dynamics' Gulfstream subsidiary.

Promoted
Listen to the latest songs, only on JioSaavn.com
Such a plane could fly about 60 percent faster than the traditional commercial airliner, something that could theoretically shave as much as three hours off trips from the United States to Europe. For wealthy U.S. executives, that could turn a business flight to Paris or London into a day trip, albeit an expensive and exhausting one.