Solar flares themselves do not impact human beings negatively, they can only cause havoc to the technology due to the release of magnetic energy. 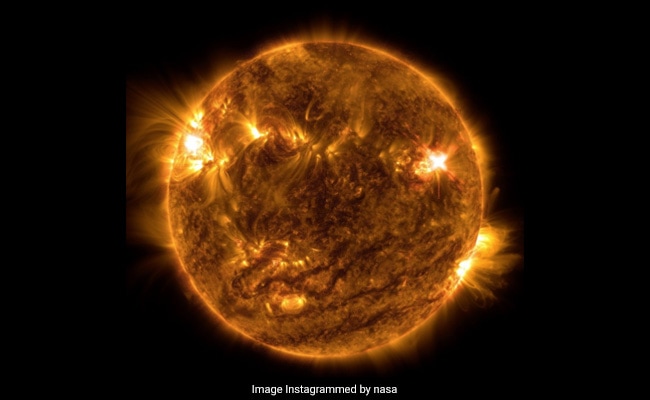 NASA classified the October 2 solar flare as an "X1 Flare".

American space agency NASA on Sunday captured the moment the Sun emitted a powerful burst of energy into space. Taking to Instagram, the National Aeronautics and Space Administration informed that a "strong solar flare" erupted from the Sun on October 2, and NASA's Solar Dynamic Observatory, which watches the Sun constantly, managed to capture a photo of the event.

"I like your flare. The Sun isn't idle in the sky. Our nearby star is a dynamic object, constantly changing and creating space weather events, such as this solar flare captured by @nasasolarsystem's Solar Dynamics Observatory (SDO) on Oct. 2, 2022," the caption of the post read.

Solar flares are intense bursts of radiation coming from the releases of magnetic energy on the Sun's surface. These flares and solar eruptions have the ability to impact radio communications, electric power grids, GPS and also can pose risks to spacecraft and astronauts.

"In this image, they (solar flares) are noticeable as the brightest areas of the Sun and can last from minutes to hours," NASA wrote in the caption.

Further, the space agency said that it classified the October 2 solar flare as an "X1 Flare". "An X-class denotes the most intense flares, while the number, which reaches a maximum of nine, provides more information about its strength," NASA explained.

Meanwhile, this is not the first time the Sun has been caught releasing powerful bursts of energy into space. Back in April, NASA also managed to capture an image of a solar flare using its Solar Dynamics Observatory. The same month, CESSI which is the Centre of Excellence in Space Sciences (India), reported that there was a potentially dangerous solar flare that can disrupt satellite communications and global positioning systems.

Solar flares themselves do not impact human beings negatively, they can only cause havoc to the technology due to the release of magnetic energy.