NASA Extends Contract With Russia for Rides to Space Station 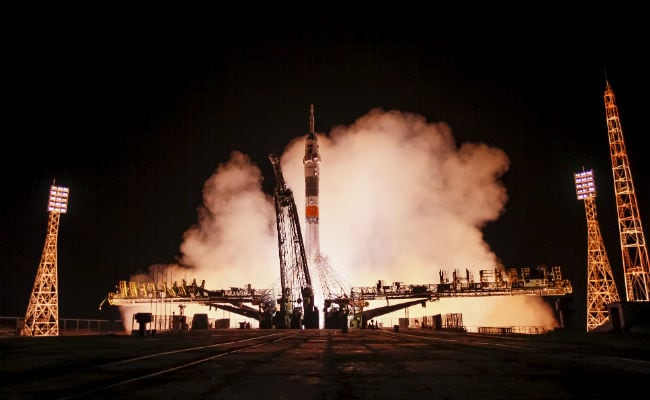 The Soyuz TMA-17M spacecraft carrying the International Space Station (ISS) crew of Kjell Lindgren of the US in Kazakhstan on July 23, 2015. (Reuters)

Cape Canaveral, Florida: NASA extended its contract with Russia to fly astronauts to the International Space Station due to budget cuts that have delayed commercial US alternatives, the US space agency said on Wednesday.

Extending the contract through 2017 will cost the United States about $490 million, NASA chief Charles Bolden wrote in a letter to Congress.

The deal for US taxpayers to pay Moscow more than $80 million per seat on a Soyuz rocket comes at a time when Washington is ratcheting up sanctions against Russia in response to its actions in Ukraine.

"Unfortunately, for five years now, the Congress ... has not adequately funded the Commercial Crew Program to return human spaceflight launches to American soil this year, as planned," Bolden wrote.

"This has resulted in continued sole reliance on the Russian Soyuz spacecraft as our crew transport vehicle for American and international partner crews," he added.

NASA retired its space shuttles in 2011. It is partnering with privately owned SpaceX and Boeing to develop space taxis that can ferry astronauts to and from the station, a $100 billion research laboratory that flies about 250 miles (402 km) above Earth.

NASA had hoped to begin US flights by 2017, but House and Senate budget proposals for the fiscal year beginning on October 1 would short the agency's Commercial Crew Program, likely resulting in additional delays and higher costs, Bolden wrote.

Bolden's letter was sent to the heads of congressional committees that oversee NASA, the agency said.

The reliance on Russia for station crew transportation stands in sharp contrast to a congressional ban on imports of Russian rocket engines for US military satellite launches.

Also on Wednesday, Orbital ATK, one of two companies that fly cargo to the space station under a separate NASA programme, said a pair of Russian engines for its refurbished Antares rocket had arrived in the United States. Orbital's rocket has been grounded since a launch accident in October.

The rocket is expected to return to flight in March.