Mike Pompeo will leave for Paris and then head to Istanbul and the former Soviet republic of Georgia before visiting Jerusalem and Saudi Arabia, UAE and Qatar 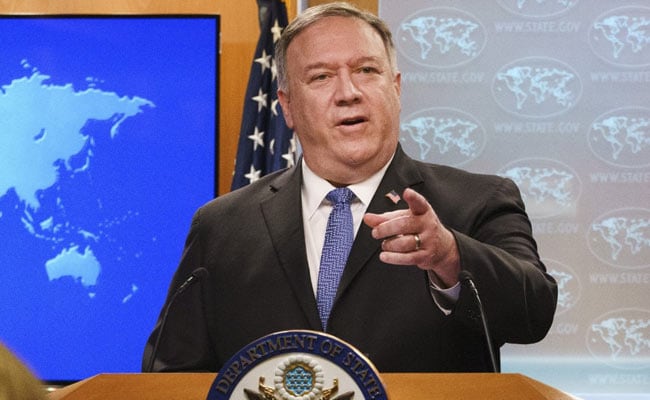 Mike Pompeo on his trip is expected to discuss raising further pressure on Iran.

US Secretary of State Mike Pompeo on Tuesday announced a seven-nation tour of US allies, which have congratulated President-elect Joe Biden despite Donald Trump's refusal to concede.

Pompeo said he will leave Friday for Paris and then head to Istanbul and the former Soviet republic of Georgia before visiting Jerusalem and three key Gulf Arab allies -- Saudi Arabia, the United Arab Emirates and Qatar.

The trip will discuss Trump's "historic efforts to forge peace and cooperation throughout the Middle East," Pompeo told reporters.

The trip will likely be awkward as Trump has denied that he lost last week's election and his administration has refused to start the transition to Biden, who will be inaugurated on January 20.

France, which like many European nations had strained relations with Trump, swiftly voiced hope of working with Biden, who shares French priorities on fighting climate change, cooperating against the Covid-19 pandemic and pursuing diplomacy with Iran.

The Democrat has pledged to place a higher priority on human rights and democracy, calling for a re-evaluation of the relationship with Saudi Arabia and for support for Turkey's opposition.

Pompeo on his trip is expected to discuss raising further pressure on Iran in the remaining two months of the Trump administration, which in 2018 bolted from a multinational denuclearization accord with Tehran and imposed punishing unilateral sanctions.

Israel and Gulf Arabs have seen growing relations as they share the Trump administration's hostility to Iran.

In September, both the United Arab Emirates and Bahrain said they would recognize the Jewish state and Trump had pressed Saudi Arabia to follow suit. Sudan has also said it will normalize relations with Israel.

While Pompeo has been a frequent visitor in the Middle East, it will be his first solo trip to Paris; his only other trip was when he joined Trump for the 2018 ceremony marking the centennial of the end of World War I.

Pompeo has mocked the last Democratic secretary of state, John Kerry, for his frequent travels to Paris, telling a conservative group earlier this year that he was not interested in "fancy dinners" and "cocktails."

Pompeo will also be the first secretary of state since Kerry to visit Georgia.

Like the United States, Georgia recently held elections that were disputed, with the opposition saying the vote was rigged and staging protests.