Microsoft to buy Skype for $8.5 billion 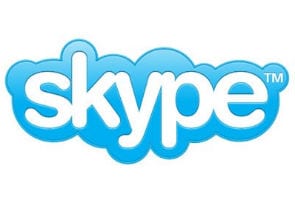 New York: Microsoft announced on Tuesday that it would buy Skype Global for $8.5 billion in cash, in its largest acquisition ever.

In Skype, Microsoft is buying the leader in Internet voice and video communications, with 107 million users per month connected for more than 100 minutes a month on average. That large and active user base represents a major asset, Steven A. Ballmer, Microsoft's chief executive, said in an interview. "It's an amazing customer imprint," Mr. Ballmer said. "And Skype is a verb, as they say."

In an interview Mr. Ballmer never mentioned Google, Microsoft's archrival whose name is used as a verb in Internet search -- a market where Microsoft is spending heavily to try to catch Google, making some recent progress, but at great financial cost.

Buying Skype, analysts say, gives Microsoft the upper hand in the fast-growing market for Internet communications, both for consumers and businesses.

"Google is way behind Skype, and getting ahead of Google in this market was certainly an incentive for Microsoft," said Leif-Olf Wallin, an analyst for Gartner in Sweden.

Mr. Ballmer emphasized that Microsoft plans to expand Skype's business and inject its voice-and-video technology across the spectrum of Microsoft products, from consumer offerings like Xbox to its Office productivity software. "There are a lot of great opportunities to optimize Skype services in Microsoft products," Mr. Ballmer said.

Despite its popularity, the service has struggled to maintain profitability. Since most of its services are free, Skype makes much of its income from a small group of users who pay for long distance calls to telephone numbers. In 2010, Skype recorded $859.8 million in revenue but reported a net loss of $7 million, according to a filing.

Marc Andreessen -- the co-founder of the venture capital firm Andreessen Horowitz, an investor in Skype -- is optimistic about the company's prospects under Microsoft, given the behemoth's extensive lineup of products and various market opportunities.

"Microsoft has extremely broad reach, they have a whole product portfolio that Skype can be attached to," said Mr. Andreesen, whose firm bought a $50 million stake in Skype in 2009. "There's all kinds of ways Skype can make money."

But Microsoft's deal-making history is mixed. The company has often been a smart acquirer of start-ups and smaller companies, analysts say, picking off technical teams that are then folded into products likes Windows, Office and Internet Explorer. But during Mr. Ballmer's tenure as chief executive, beginning in 2000, the company has also made far larger, riskier bids, most of which have been viewed as unsuccessful.

In 2004, Microsoft entered into talks to buy the big business software company SAP, for about $50 billion, according to testimony that came out in a court case. In 2007, Microsoft acquired aQuantive, an online advertising company, for about $6 billion, a sizable premium, and some suggested it overpaid.

Nearly three years ago, the company made a surprise $48 billion offer for Yahoo. Talks then broke off, and Microsoft withdrew its bid, but later reached a partnership to take over Yahoo's search business.

The Microsoft acquisition is the second time a technology giant has acquired Skype.

In 2005, eBay bought Skype for $2.6 billion with hopes of tightly integrating the service as a sales tool. But the deal never lived up to its promise and eBay took a $1.4 billion write-down on its investment.

Skype was sold several years later to a consortium of investors led by Silver Lake Partners, Index Ventures, Andreessen Horowitz and the Canada Pension Plan Investment Board. Mr. Andreessen, who co-founded Netscape Communications, was seen as a pivotal matchmaker for Skype, at one point trying to put it together with Facebook, another company for which he is on the board, according to people involved in the discussions.

The Microsoft deal ends the speculation about the future of Skype. The company had been planning an initial public offering but delayed its debut last year, prompting talk that it would be sold to a company like Facebook, Google or Cisco Systems.

Microsoft, Mr. Ballmer said, has looked at the possibility of acquiring Skype in recent years. But with Skype's private equity investors known to be exploring a public offering for the company, Microsoft moved in late March. Peter Klein, chief financial officer, flew down to Silicon Valley and made an unsolicitied offer to the investor there, Silver Lake and Andreessen Horowitz. The negotiations accelerated in the last few weeks, Mr. Ballmer said, and the final agreement was signed on Monday night.

Promoted
Listen to the latest songs, only on JioSaavn.com
The boards of both companies have approved the deal.

"Microsoft and Skype share the vision of bringing software innovation and products to our customers," said Tony Bates, the current head of Skype who will become the president of the newly created Microsoft Skype Division. "Together, we will be able to accelerate Skype's plans to extend our global community and introduce new ways for everyone to communicate and collaborate."