On Wednesday, under pressure from around the world President Donald Trump said he would sign an executive order to keep the migrant families together 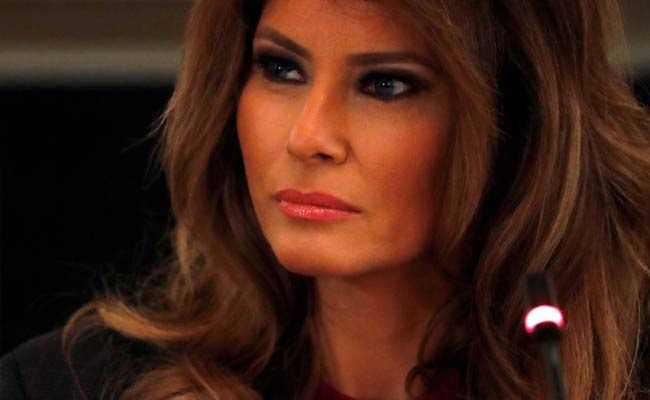 Melania Trump often comments about children being precious and vulnerable

First lady Melania Trump urged her husband to stop the policy of separating children from their parents on the border, according to White House officials.

On Wednesday, under pressure from around the world and even his wife, President Donald Trump said he would sign an executive order to keep the migrant families together.

Melania Trump's office told CNN over the weekend that she "hates to see children separated from their families" but said it was up to both political parties to develop an immigration solution. In the past couple of days, she has increasingly made clear to the president that he should use his power to fix the problem.

"She has become even more vocal about her thoughts and opinions on the topic," a White House official said Wednesday.

The first lady often comments about children being precious and vulnerable. But the White House was battling a huge image problem about how its border policy was hurting children. Photos of crying toddlers and what critics are calling "baby jails" - the social services centers holding children taken from their parents - drew criticism from Pope Francis, whom Melania Trump met last year.

Former first ladies ratcheted up the criticism, with Laura Bush calling the policy "cruel" and "immoral," and Rosalynn Carter saying it is "a shame to our country."

In the past 24 hours, Melania Trump's own immigration lawyer began to join the chorus.

"It reminds us of past mistakes. It's a big disappointment," said Michael Wildes, the New York immigration lawyer who has represented Melania Trump on immigration issues. Born in Slovenia, she is now a U.S. citizen.

In an interview, Wildes said the family separation policy evoked the disgraceful internment of Japanese people living in the United States during World War II and the inhumanity of detention in Nazi Germany.

Melania Trump's parents were granted legal permanent residency and are on the path to full U.S. citizenship, Wildes has said in the past. He declined to discuss the specifics of her sister's immigration status.

Wildes issued a broader indictment of the White House approach to immigration, saying the tone and vocabulary of the Trump administration's immigration policy run counter to the nation's history and "moral compass." He specifically criticized the president's use of the term "chain migration" to describe the long-standing U.S. policy of allowing U.S. citizens to assist relatives overseas in obtaining legal residency.

The president tweeted in November: "CHAIN MIGRATION must end now! Some people come in, and they bring their whole family with them, who can be truly evil. NOT ACCEPTABLE!"

Many immigration experts say that "chain migration" is the most likely way Melania Trump's parents and sisters have been allowed to live in the United States and be with her.

Wildes said the use of the terms "anchor babies" and "chain migration" is an attempt "to try to change the narrative" and undermine the "beautiful notion of family reunification" - the idea that immigrants arrive, work hard to help bring their family members over and help "build up our economy and pay it forward to the next generation."

Many people who voted for Trump did so specifically because he promised a tougher immigration policy. Those who support the family separation policy call it an effective deterrent to keeping people from attempting to illegally enter the country. And they note the big distinction between lawful migration, which Wildes said Melania Trump and her family followed, and illegal crossings.

The president has sought to deflect the blame for the family separation, particularly trying to pin it on Democrats for not passing an immigration bill. But many members of his own party are calling on him to stop it.