Bruce Lee May Have Died From Drinking Too Much Water, Claims Study

The 'Enter The Dragon' actor, who helped bring martial arts into popular culture, died in July 1973 at the age of 32. 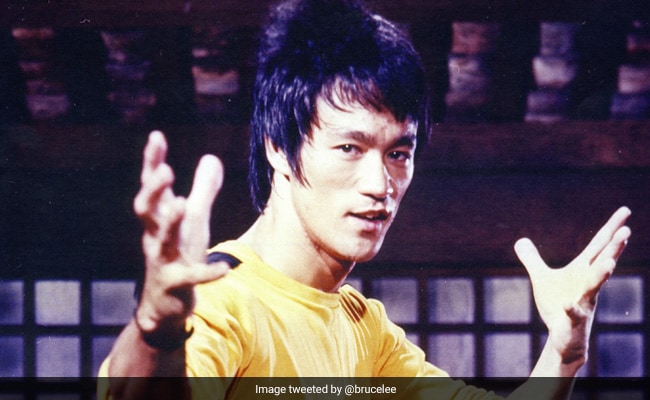 The researchers contend that Lee had a variety of risk factors for hyponatraemia.

American martial arts legend and actor Bruce Lee might have died from drinking too much water, scientists have claimed in a new study. The 'Enter The Dragon' actor, who helped bring martial arts into popular culture, died in July 1973 at the age of 32 from cerebral oedema, a swelling of the brain. At the time, doctors believed the brain swelling was due to a painkiller.

The oedema, according to a group of researchers, was brought on by hyponatraemia. In their study, which was published in the Clinical Kidney Journal, the researchers proposed that Bruce Lee died because his kidneys were unable to eliminate extra water.

The findings are very different from old theories about how died, such as those regarding gangster assassination, jealous lover poisoning, curses, and heatstroke.

According to scientists, the actor may have died from hyponatraemia, which develops when the body's sodium levels get diluted as a result of consuming too much water. The cells in the body, particularly those in the brain, swell as a result of an imbalance.

The researchers contend that Lee had a variety of risk factors for hyponatraemia, such as a high fluid intake, behaviours that might increase thirst, like marijuana use and behaviours that impair the kidneys' capacity to excrete water, like prescription drug use, alcohol consumption, having experienced kidney damage in the past, or a low solute intake.

The scientists concluded, "We hypothesize that Bruce Lee died from a specific form of kidney dysfunction: the inability to excrete enough water to maintain water homeostasis, which is mainly a tubular function."

"This may lead to hyponatraemia, cerebral oedema (brain swelling) and death within hours if excess water intake is not matched by water excretion in urine, which is in line with the timeline of Lee's demise," they continued.

Linda Lee Cadwell, Lee's wife, once made reference to his "carrot and apple juice" fluid-based diet. Bruce Lee's daily water consumption was frequently mentioned by Matthew Polly, the author of the 2018 book "Bruce Lee: A Life," especially in the period before Lee fell ill, the New York Post reported.

"I think we had some water... that probably made him a little tired and thirsty. After a few sips he seemed to be a little dizzy... Immediately after feeling faint, Bruce complained of a headache," the author wrote in the book.

"Ironically, Lee made famous the quote 'Be water my friend', but excess water appears to have ultimately killed him," the researchers concluded.