He Took Wine Bottles For Safekeeping, Made Millions Via Brokers, Arrested

Christopher Aronovici took Billy Holder to be a straight-up guy, which is why he entrusted about 11 cases of his high-end wine to Holder's specialty storage business. 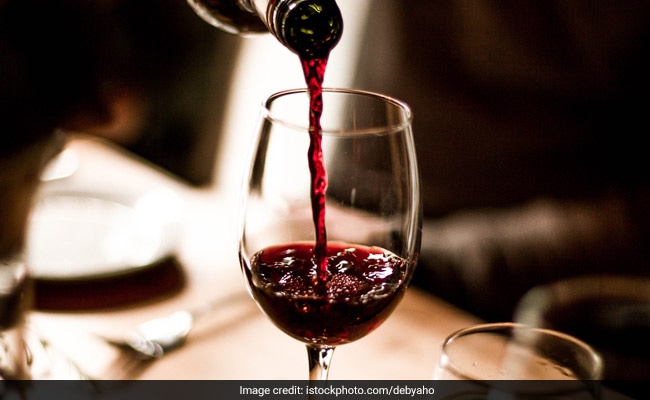 Instead of safekeeping wine for a fee, man sold off customers' bottles (Representational image)

Christopher Aronovici took Billy Holder to be a straight-up guy, which is why he entrusted about 11 cases of his high-end wine to Holder's specialty storage business.

After moving to Maryland in 2015, Aronovici realized the 400-bottle unit he owned wouldn't fit in his new garage. A collector for 38 years, he found Holder's Safe Harbour Wine Storage in suburban Baltimore. It took a while before the blush went off the rose; and Aronovici learned he was one of the victims of Holder's vino fraud.

Instead of safekeeping the wine for a fee and handling costs, Holder was selling off his customers' bottles, mostly to brokers, according to federal investigators.

Aronovici was out about five cases and $12,000, he said, less than some of the other wine enthusiasts and people who'd amassed special vintages as investments - and had all turned to Holder.

Holder admitted he caused losses of between $500,000 and $1.5 million. On Wednesday he was sentenced to 18 months in prison on a wire-fraud charge and ordered to pay back victims after admitting to running his scheme.

"It's really surprising how many people he got to," Aronovici said.

Unlike a piece of fine art with its provenance, fine wine can travel without much documented history even as it commands high prices from connoisseurs.

"It is stunning if you actually look at how very pervasive and frequent these thefts are becoming," said Maureen Downey, founder of wine collection curator Chai Consulting.

Some ploys have been a bait and switch, like the nearly $3 million fraud that saw wine from private lockers in California swapped out for cheap wine by a man who sold the really good stuff at auction - and went to state prison. Or the full-on ruse of a reputed wine dealer who made counterfeits in his home kitchen that passed as fancy lots. He was ordered imprisoned for a decade and told to make $28 million in restitution.

Consumers need to be asking more questions about storage history, Downey said, and if a retailer can't tell you, find a new one.

The wine and spirits industry is one of the most opaque markets in the world, Downey said, which makes it easy for people to get away with fraud.

"This is a global problem - not a Maryland problem, not an East Coast problem," she said.

It was unclear from court documents what tipped off law enforcement to the scheme run for about five years by the 54-year-old Holder. But Russell Allen, one of Holder's victims, said his understanding was agents started looking into Holder after an unrelated break-in occurred at the storage unit.

For years, Holder convinced his customers that their wine was inventoried and stored in a climate-controlled warehouse.

Holder charged a fee and arranged for transportation of a customer's wine to his facility in Glen Burnie, Maryland, according to court documents. The fee varied depending on how many bottles were stored.

Customers also could pay a delivery fee to have all or some of their wine sent to them, court files show.

In the warehouse, their bottles were shrink-wrapped, stored on pallets and initialed. Customers could visit the warehouse, Aronovici said, but Holder preferred to know when they were coming, he would say, so he could have their wine ready.

In hindsight, Aronovici said, the process also meant many customers never saw the inside of the storage area.

They had no idea Holder was selling hundreds of bottles at a time, making tens of thousands of dollars on each unauthorized sale, according to court documents.

Holder offered his customers' wine, including to a brokerage in Napa, California, and a retailer in Washington, D.C. Those buyers are not named in court records. Holder, who did not have a license in Maryland to sell wine, sent lists of bottles he stored with detailed descriptions of the winery, vintage and asking price.

Holder kept all the proceeds and spent it on personal expenses, according to court documents.

In the wire-fraud count to which he pleaded guilty, Holder sold 216 bottles of wine to a Napa broker for $11,800, according to his plea agreement.

For some of the victims, wine collecting was a hobby, Assistant U.S. Attorney Martin Clarke said at Holder's sentencing in Baltimore, but for many, it was an investment for their families.

"These victims felt betrayed," Clarke said. "They placed their trust, and they feel like that trust has been seriously violated."

In 2017, Russell and Katie Allen decided to invest for the first time in about 300 bottles of wine. The couple's cheapest bottle was worth $800, and the most expensive was worth $13,000. Holder acted as a middleman for the Allens. He would store their wine as well as find buyers.

"He came into our house, and he acted as if he was our friend," Katie Allen said in an interview.

Holder even gave them a $13,000 bottle of 1961 Petrus as a gift when the Allens decided to do business with him, Russell Allen said.

A few months into their storage deal, however, Russell Allen said he started pushing Holder to find buyers. Every time, he said, Holder would come up with a reason none of the wine was selling.

The Allens eventually lost $205,000 and all of their wine to Holder's scheme, Russell Allen said after the sentencing. The couple, unlike many other customers, got back $165,000 through their insurance coverage, Katie Allen said.

Holder had been a part of the wine industry for two decades, according to his public defender Deborah Boardman, who told the court that he was an honest worker for most of his career.

In 2012, however, his life started to take a downward spiral, she said. He developed an opioid addiction after he was prescribed pain medication for severe neck pain, Boardman told the sentencing judge, and a gambling addiction.

Holder started selling his customers' wine so he could repay loans and keep his business open, Boardman said. "There's no evidence he used the money to fuel a lavish lifestyle," she said. "He regrets it immensely."

Paul Marquardt, of Washington, has been collecting wine since he was in college and stored wine with Holder for a year or so around 2012.

At that point, there weren't a lot of options for wine storage in the region, Marquardt said in an interview, so storing at Safe Harbour made sense.

Holder was a fast-talker, name-dropped a lot and his billing records were messy, making it confusing for Holder and his customers, according to Marquardt. But he did not seem to be out to take advantage of people.

"He was just a guy with a warehouse," Marquardt said.

Holder did not speak at his sentencing. Instead he sat quietly and listened as U.S. District Judge Catherine Blake said, "It's obviously a very serious offense."

His actions "posed a huge financial burden to a lot of people."