Kent police said Anthony Collins, 53, has been charged with dispatching the package in the post, which was investigated by a bomb disposal squad. 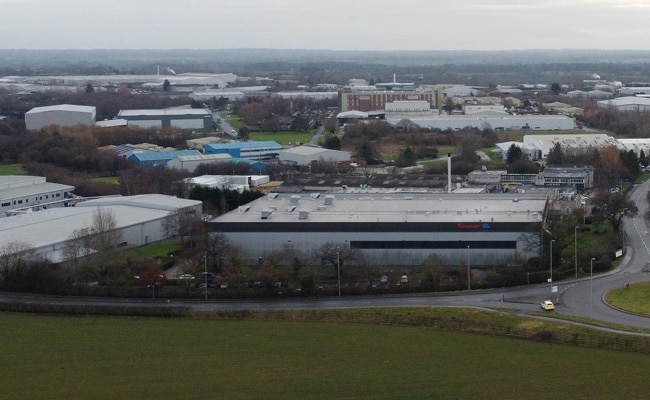 General view of the Wockhardt pharmaceutical plant near Wrexham, Britain.

A man has been charged after a suspicious package was sent to a factory in Wales that produces AstraZeneca's COVID-19 vaccine resulting in a temporary suspension of manufacturing, British police said on Saturday.

The Wockhardt plant in Wrexham provides so-called fill-and-finish capacity for AstraZeneca's British supply chain, which is the final manufacturing step of putting vaccines into vials or syringes and packaging them.

Kent police said Anthony Collins, 53, has been charged with dispatching the package in the post, which was investigated by a bomb disposal squad.

In a statement, the police said the package was "not a viable device".

AstraZeneca has agreed to supply Britain with 100 million doses of the COVID vaccine it developed with Oxford University, with the shots forming the central plank of its mass vaccination programme.

AstraZeneca is currently in a dispute with the European Union after it cut vaccine supplies to the bloc due to production issues at its Belgian factory.