According to court documents, the DNA found on 17-year-old M.G. belonged to Ruben Chavez, one of the two men from the bar who police interviewed after the assault. 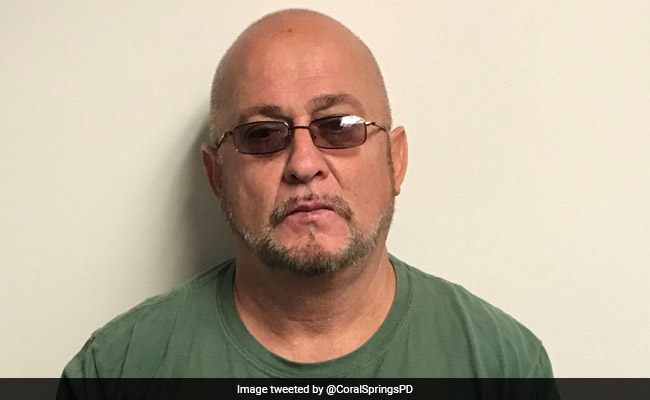 The DNA found on 17-year-old MG belonged to Ruben Chavez, one of the two men who police interviewed.

Twenty-three years later, the woman known only as M.G. in police documents says she still recalls with clarity the day of her rape.

"That's when I pretty much realized what had happened," she recalled in the August interview, "and I started screaming."

That same day, she reported her assault to police. She was examined by a doctor, who noted bruises and swelling and gathered DNA evidence for a rape kit. She positively identified the two men from the bar. Police interviewed both.

Then the case went cold.

It wasn't until this spring, more than two decades later, that Coral Springs detectives revisited M.G.'s case and made a disturbing discovery: Her rape kit had never been tested.

They submitted it to the Broward County Sheriff's Office Crime Laboratory, where analysts found a man's semen among the evidence that was gathered in 1996. One month later, they had a match.

According to court documents, the DNA found on 17-year-old M.G. belonged to Ruben Chavez, one of the two men from the bar who police interviewed after the assault. Authorities had talked to him from jail in 1996, where the then-32-year-old was in police custody for possession of cocaine.

On Nov. 18, Chavez was arrested. He is being held at the Broward County Jail on a count of sexual battery. At a court appearance Tuesday, Chavez's current girlfriend told a judge that he was a "good man and a hard worker," reported the South Florida Sun Sentinel.

If his DNA had been obtained and submitted to the state of Florida's DNA database at that time, and if M.G.'s rape kit had been tested, police might have identified and arrested a suspect years ago.

Instead, after the initial investigation, everyone involved scattered.

Chavez went on to collect a string of arrests over the next two decades for charges of hydromorphone, cocaine and cannabis possession, trafficking of cocaine, fleeing and eluding law enforcement and carrying concealed weapons.

M.G. eventually moved to Maine, where authorities located her in summer 2019 once they had reopened her case. She told a Coral Springs detective that she wanted them to prosecute the man they thought had sexually assaulted her 23 years ago.

Detectives later flew to Maine to interview M.G. She told them she clearly remembered that night and went on to recount it, a conversation summarized in court documents and supplemented by information from the original police report.

In those documents, authorities say that M.G. and her female friend met up with a man named "Nick" - later identified as Ruben Chavez - who was an acquaintance of M.G.'s friend. The girls followed "Nick" from a city park in Coral Springs to a La Quinta Inn parking lot to meet another man, called Booda.

The men gave the girls "roofies," according to police reports, and Booda booked a room at the hotel.

According to M.G., she repeatedly told the men she was 17.

The four of them then drove to a bar called Mr. Lucky's in a nearby city. There, M.G. said she drank three shots of "sex on the beach."

"I remember in the bottom of the glass there was powder, to which I pointed out," M.G. told police this year. "I was told that it was drink mix, just drink it."

The last thing M.G. remembered from the night, she said in court documents, was calling her boyfriend from the bar.

At 5:30 the next morning, M.G. woke up in the hotel room with her friend. The men were gone, and her underwear was on the bed beside her. She found the condom, she told police, and immediately called her boyfriend.

At first, she said she did not know where she was, but once she learned her location her boyfriend came to pick her up. Now living in California, M.G.'s high school boyfriend told police in October 2019 that he remembers M.G. telling him she was certain that she had been sexually assaulted at the hotel.

The teen girl was "frantic," "distraught" and "absolutely emotionally devastated" when he picked her up, the man told police this year. M.G. looked as if she had been drugged, he recalled, which he said he recognized because his roommate in 1996 was addicted to Rohypnol.

At the time of the initial investigation, "Nick" told M.G.'s female friend that the teen had sex with Booda, later identified as Jamil Georgeon - a resident of New York. When police called him for information, Georgeon pointed the finger at "Nick," now identified as Chavez. Georgeon told police he had left the two girls alone with Chavez at the hotel.

Early on in the investigation, Georgeon gave police a phone number and address for Chavez.

It wasn't until September 1996 - nearly nine months after the alleged assault - that authorities learned Chavez, who M.G. had identified weeks after her report, had been arrested for a charge of cocaine possession.

Authorities interviewed Chavez in jail, which according to court records was the first time they had spoken to him about the alleged assault. His version of events conflicted with Georgeon's. Chavez said his wife had paged him, so he left the girls with Georgeon at the hotel.

According to police records, Chavez said he "did not understand the reason for this investigation because both girls were adults and nothing bad had happened." When authorities explained the accusations, Chavez said he wanted an attorney.

There are no further details of the 1996 investigation outlined in police documents provided to The Post.

The investigation picked back up in 2019 as part of a nationwide effort to address a backlog of untested rape kits, as well as an effort in Coral Springs specifically to revisit cold cases with today's technology.

"Our guys are busy, but they want to be sure they go back and solve these cases," said Sgt. Carla Kmiotek, spokeswoman for the Coral Springs police.

Detectives dug back into the original investigation and re-interviewed witnesses. In a request for an arrest warrant, Coral Springs authorities argued that the statute of limitations had not expired on M.G.'s case because of a Florida law passed in 1997 that extends the prosecution window indefinitely for first or second degree felonies reported to law enforcement within 72 hours of the alleged crime.

If M.G. had not reported her alleged assault so quickly, police would not have been able to reopen her case.

Despite multiple arrests over the years, Chavez's DNA was not submitted to the statewide database until 2015.

"It's unclear why it wasn't sent 23 years ago," Kmiotek told The Post, "but our detectives continue to work open cases and review evidence to make sure we exhaust all efforts to resolve these cases for the victims."