Suicide bombers hit a large demonstration by members of Afghanistan's Hazara minority in Kabul on Saturday, killing at least 29 people and wounding 142, officials said. ISIS has claimed responsibility for the attack.
Jul 23, 2016 21:17 (IST)
UPDATE: 80 people have been killed and 231 injured in twin bomb blasts in Afghan capital of Kabul 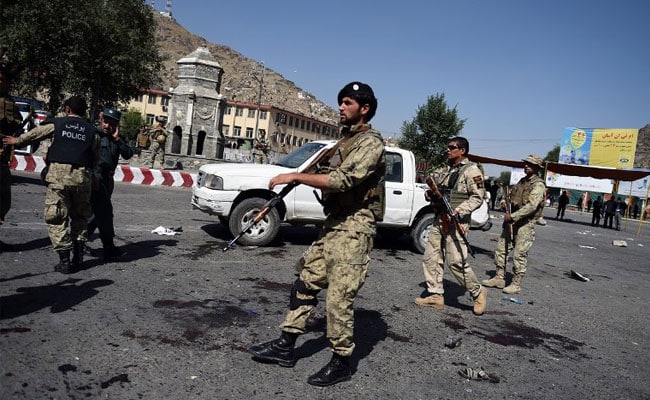 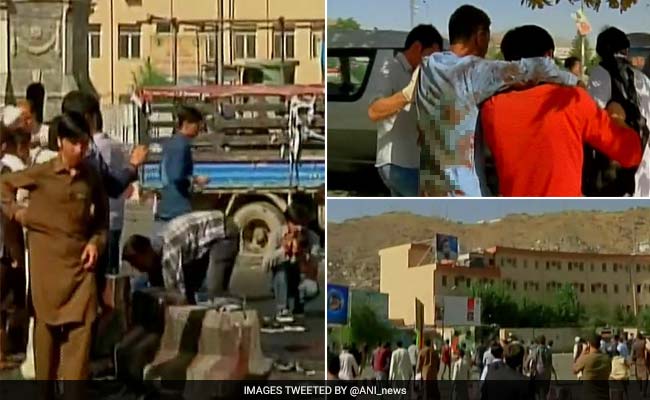 Jul 23, 2016 18:44 (IST)
An Afghan protester screams near the scene of a suicide attack that targeted crowds of minority Shiite Hazaras during a demonstration at the Deh Mazang Circle in Kabul. (Agence France-Presse) 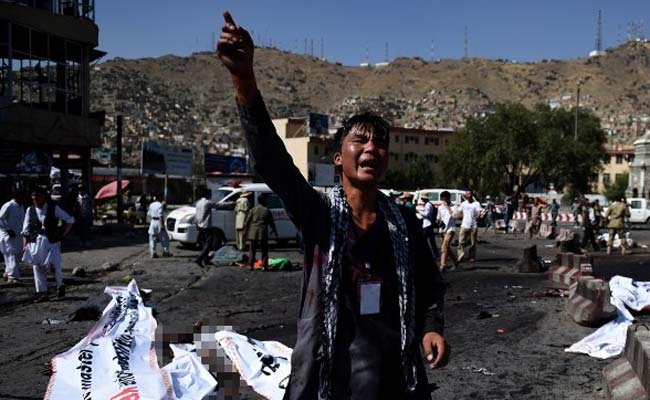 The spokesman for Afghan President Ashraf Ghani has told The Associated Press that the central government had shared intelligence with the organizers of a protest march in Kabul that was bombed, warning that the marchers faced a possible "terrorist attack."
Jul 23, 2016 18:23 (IST)
LATEST UPDATE: At least 61 dead, 207 wounded, reports news agency Reuters quoting government.
Jul 23, 2016 18:16 (IST)
ISIS has claimed responsibility for the attack on Kabul Hazara protest attended by thousands of minority Shiite Hazaras, Amaq news agency said.

"Two fighters of the ISIS detonated their explosive belts in a gathering of Shiites in... Kabul, Afghanistan," the ISIS-linked agency said.
Jul 23, 2016 18:14 (IST)
The three million-strong Hazara community has been persecuted for decades, with thousands killed in the late 1990s by Al-Qaeda and the mainly Pashtun Sunni Taliban.

Authorities locked down central Kabul, blocking major intersections with stacked shipping containers as the protesters sought to march on the presidential palace, waving flags and chanting slogans such as "death to discrimination".

The protest came despite calls by some Hazara leaders in the government to pursue talks with the government over the issue rather than demonstrations, which paralyse normal life in the capital. 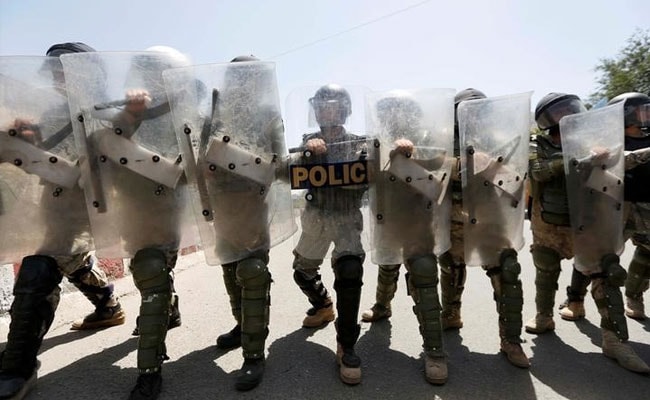 Thousands of minority Shiite Hazaras demonstrated in Kabul Saturday, demanding that a key power transmission line pass through their electricity-starved province, in the second major protest over the issue this year.

The 500-kilovolt TUTAP power line, which would connect the Central Asian nations of Turkmenistan, Uzbekistan and Tajikistan with electricity-hungry Afghanistan and Pakistan, is seen as a crucial infrastructure project.

But leaders from the minority group are demanding that the line be routed through Bamiyan, one of the most deprived areas of Afghanistan with a large Hazara population.

The multi-million-dollar line was originally set to pass through the central province but the government rerouted it through the mountainous Salang pass north of Kabul, saying the shorter route would speed up the project and save millions of dollars.

Hazara leaders in the ethnically divided nation lashed out at the Pashtun president, calling the decision prejudiced against the Hazaras, a community that has suffered a long history of oppression.

Today's protest follows a similar demonstration in May, which drew tens of thousands of people.
Jul 23, 2016 18:01 (IST)
Emergency vehicles are at the site and wounded are being carried away.
Jul 23, 2016 17:49 (IST)
Suicide bombers hit a large demonstration by members of Afghanistan's Hazara minority in Kabul today, killing at least 29 people and wounding 142, officials said. 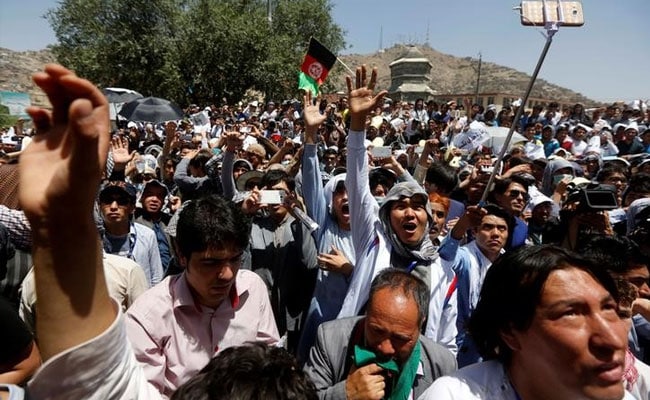 Ranil Wickremesinghe, Back As Lanka PM, Has Major Challenges Ahead