According to airport authorities, the plane, Lion Air Flight JT610 took off around 6:20 am and lost contact with the air-traffic controller at 6:33 am, 13 minutes after taking off 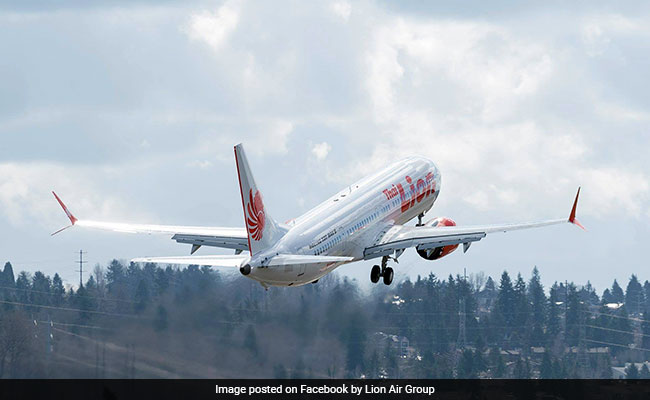 Indonesia's search and rescue agency said that all 189 passenger and crew aboard a crashed Indonesian jet were "likely" killed in the accident. On Monday a Lion Air passenger flight from Jakarta, the capital, to the city of Pangkal Pinang off the island of Sumatra, had crashed into the sea. "It has been confirmed that it has crashed," Yusuf Latif, a spokesman for the agency, said by text message, when asked about the fate of the Lion Air plane. It was not immediately clear how many were on board.

Lion Air Flight JT610 took off around 6:20 am and was due to have landed in the capital of the Bangka-Belitung tin mining hub at 7:20 am, the flight tracking service showed. The plane, a Boeing 737 Max 8 model, lost contact with the air-traffic controller at 6:33 am, 13 minutes after taking off, the airport authorities said.

Here are the updates on the Lion Air plane crash:

Oct 29, 2018 19:02 (IST)
Indonesia's National Transportation Safety Committee (NTSC) said there were 178 adult passengers, one child, two infants, two pilots and six cabin crew on board flight JT 610.
Oct 29, 2018 17:51 (IST)
"Thoughts are with the families and friends of those who lost their lives".. says PM Modi on Indonesian jet crash

My thoughts are with the families and friends of those who lost their lives in the plane crash in Indonesia. May Almighty give them strength and courage in this hour of grief: PM @narendramodi

How Jakarta's Notorious Traffic Saved Man From Doomed Lion Air Flight
An Indonesian man has described how Jakarta's notorious traffic inadvertently saved his life on Monday after he arrived too late to catch the doomed Lion Air plane which plunged into the sea minutes after taking off.
Oct 29, 2018 16:37 (IST)
Some 40 divers are part of about 150 personnel at the  rescue scene, authorities said, with the plane in water about 30 to 40 metres deep, says AFP reports.
Oct 29, 2018 16:31 (IST)

Indonesian Plane With 189 On Board Had Asked To Return To Base
An Indonesian aircraft with 189 people on board crashed into the sea on Monday as it tried to circle back to the capital, Jakarta, from where it had taken off minutes earlier, and there were likely no survivors, officials said.
Oct 29, 2018 16:00 (IST)
Indian Pilot Bhavye Suneja Dies In Indonesia Plane Crash: Indian Embassy
Bhavye Suneja, Indian pilot of the Indonesian plane that crashed into the sea minutes after taking off from Jakarta was also killed in the accident. The aircraft was commanded by Captain Suneja and co-pilot Harvino with six cabin crew members. The 31-year-old captain has 6,000 flight hours and the co-pilot more than 5,000 flight hours, the airline said in a statement.

Our deepest condolences on the tragic loss of lives in the Lion Air Plane crash, off the coast of Jakarta today. Most unfortunate that Indian Pilot Bhavye Suneja who was flying JT610 also lost his life...Embassy is in touch with Crisis Center and coordinating for all assistance. pic.twitter.com/56lbxGSoJe

Oct 29, 2018 15:51 (IST)
"My prediction is that nobody survived because the victims that we found, their bodies were no longer intact and it's been hours so it is likely 189 people have died," agency operational director Bambang Suryo Aji told reporters.
Oct 29, 2018 15:44 (IST)
All 189 aboard crashed Indonesia Jet "likely" dead, search and rescue agency
Indonesia search and rescue says 'likely' all 189 aboard crashed jet dead, reports AFP.
Oct 29, 2018 14:06 (IST)
Delhi Pilot Was Flying The Indonesian Plane
The pilot of an Indonesian plane that crashed into the sea minutes after taking off from Jakarta was an Indian national. Bhavye Suneja, 31, was a Delhi resident. He joined the Indonesian carrier, Lion Air, seven years ago.

The aircraft was commanded by Captain Suneja and co-pilot Harvino with six cabin crew members. The 31-year-old captain has 6,000 flight hours and the co-pilot more than 5,000 flight hours, the airline said in a statement.

Oct 29, 2018 12:27 (IST)
Finding the 'Black Boxes'
The top priority for investigators will be finding the cockpit voice recorder and flight data recorder to help determine the cause, safety experts said.
The pilots had asked to turn back to base shortly before losing contact with air traffic control, according to a spokesman for Indonesia's air navigation authorities.
Data from flight tracking service FlightRadar24 shows the first sign that something was amiss came about two minutes into the flight when the plane had reached 2,000 feet.
At that point, it descended more than 500 feet and veered to the left before climbing again to 5,000 feet, where it stayed during most of the rest of the flight.
It began gaining speed in the final moments and reached 345 knots (397 mph) before data was lost when it was at 3,650 feet.
Oct 29, 2018 12:21 (IST)
Indonesia's Lion Air plane had technical problem in previous flight
The Indonesian Lion Air plane had a technical problem on a previous flight, but it had been resolved according to procedure, the company's chief executive said.

"This plane previously flew from Denpasar to Cengkareng (Jakarta). There was a report of a technical issue which had been resolved according to procedure," Edward Sirait told reporters, declining to specify the nature of the technical issue.

He said Lion has operated 11 aircraft of the same model, the Boeing 737 Max 8, and the other planes did not have the same technical problem. Sirait said there was no plan to ground the rest of its Boeing 737 Max 8 fleet.

Oct 29, 2018 11:59 (IST)
At least 23 government officials were on board the plane, which an air navigation spokesman said had sought to turn back just before losing contact.
Oct 29, 2018 11:24 (IST)
Passengers feared dead
"We don't know yet whether there are any survivors," agency head Muhmmad Syaugi said at a news conference, adding that no distress signal had been received from the aircraft's emergency transmitter. "We hope, we pray, but we cannot confirm."

He said that items such as hand phones and life vests were found in waters about 30 metres to 35 metres deep near where the plane, identified by air tracking service Flightradar 24 as a Boeing 737 MAX 8, lost contact. 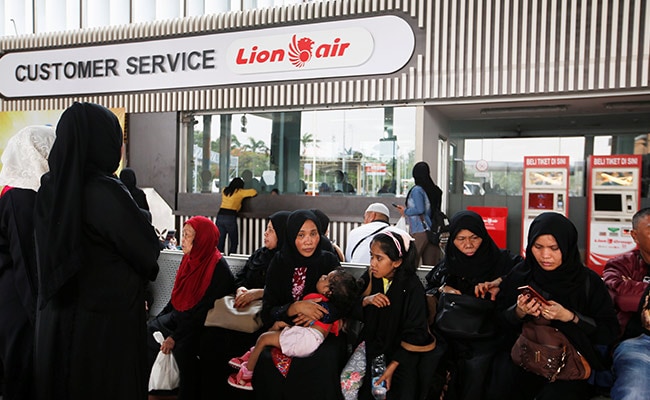 Oct 29, 2018 10:29 (IST)
Indonesia says crashed plane sought return to base before losing contact
An aircraft with 189 aboard that crashed into the Java Sea had requested to return to base shortly before losing contact, said Yohanes Sirait, a spokesman for the country's air navigation authorities.
"The (traffic) control allowed that, but then it lost contact," Mr Sirait added.
The Lion Air aircraft, which lost contact 13 minutes after takeoff from Jakarta, the capital, is believed to have sunk after crashing.
Oct 29, 2018 10:14 (IST)
Debris thought to be from the plane, including aircraft seats, was found near an offshore refining facility in the Java Sea, an official of state energy firm Pertamina said.

Wreckage had been found near where the plane lost contact with air traffic officials on the ground, said Muhmmad Syaugi, head of the search and rescue agency.
Oct 29, 2018 10:01 (IST)
Wreckage Found
An official of Indonesia's safety transport committee has said he could not confirm the cause of the crash, which would have to wait until the recovery of the plane's black boxes, as the cockpit voice recorder and data flight recorder are known.

"We will collect all data from the control tower," said Soerjanto Tjahjono. "The plane is so modern, it transmits data from the plane and that we will review too. But the most important is the blackbox."

Oct 29, 2018 09:53 (IST)
"The plane had requested to return to base before finally disappearing from the radar," Sindu Rahayu, directorate general of civil aviation at the Indonesian transport ministry, said in a statement.
"The aircraft was carrying 178 adult passengers, one child and two babies, with two pilots and five flight attendants."
Oct 29, 2018 09:17 (IST)
Relatives of passengers of Lion Air flight JT610 that crashed into the sea, cry at Depati Amir airport in Pangkal Pinang 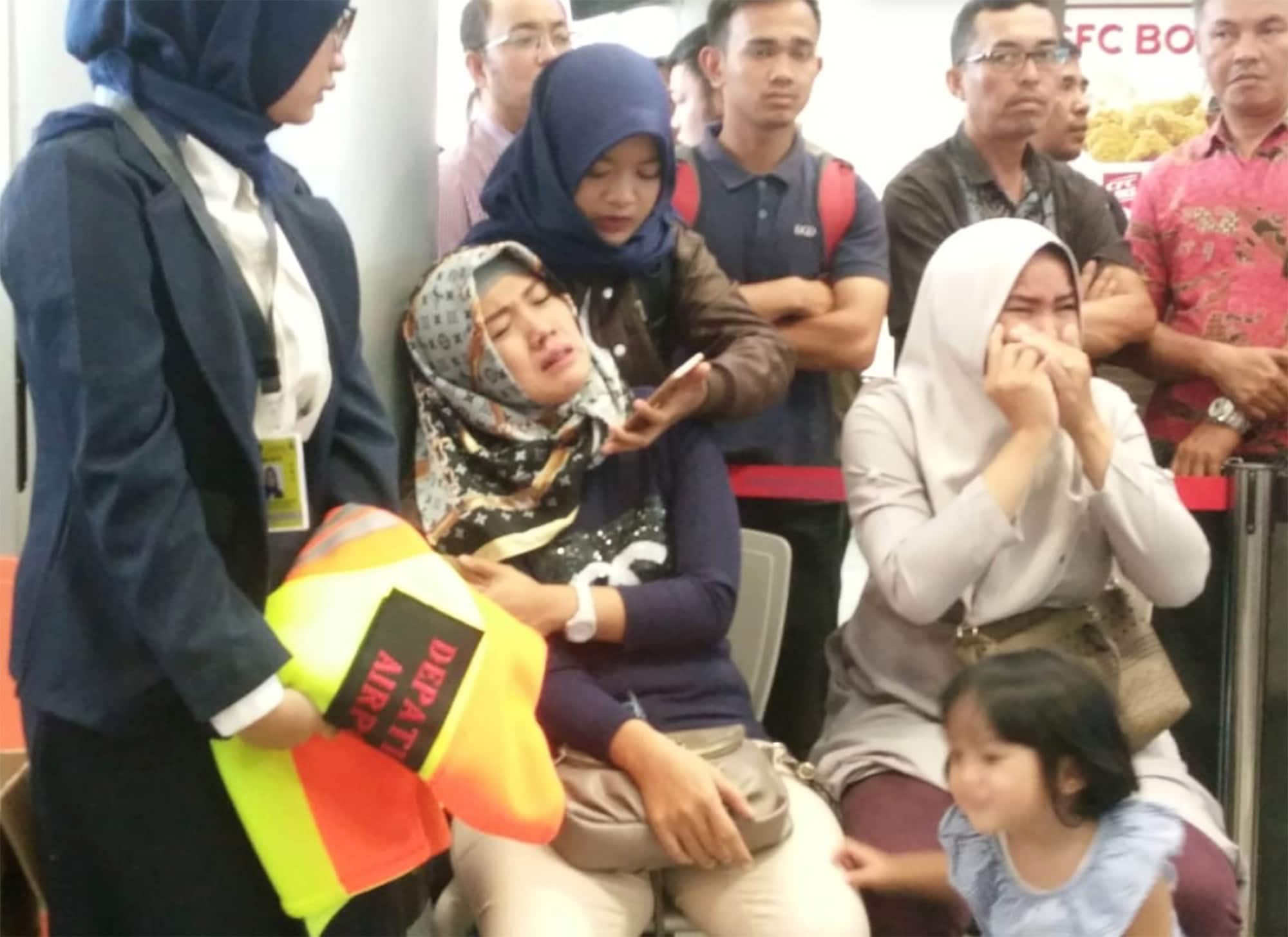 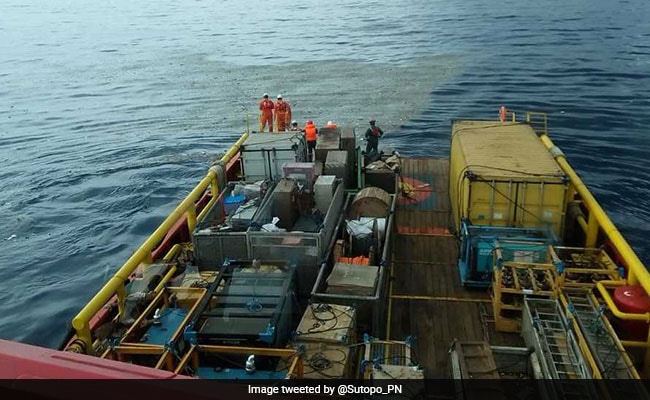