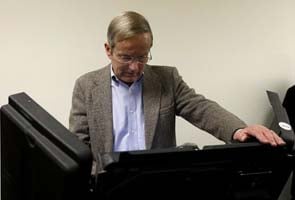 Washington: Todd Akin, US Representative for Missouri's second congressional district, has been defeated by Democratic Senator Claire McCaskill in a key seat where the losing Republican candidate triggered a firestorm with comments about "legitimate rape."

Democrats have picked up two Senate seats from the Republicans - Elizabeth Warren in Massachusetts and Joe Donnelly in Indiana - while the GOP has lost three seats, including to an independent in Maine.

As of 10:45 p.m. Eastern time, Democrats had locked up 45 seats, Republicans 42, including 67 seats not up for election. Democrats now hold a 53-seat majority, including two independents who align with them.