Lanka PM, In Address To Crisis-Hit Nation, Explains Why Money Ran Out

Shortages of food and fuel, along with record inflation and regular blackouts, have inflicted unprecedented misery on Sri Lankans in the most painful downturn since independence from Britain in 1948. 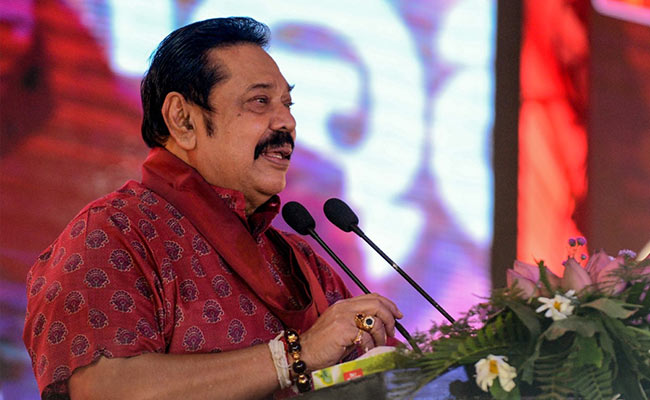 Shortages of food and fuel, along with record inflation and regular blackouts, have inflicted unprecedented misery on Sri Lankans in the most painful downturn since independence from Britain in 1948.

"We are facing this crisis, right after being faced with the pandemic. Despite knowing the country's economy going down, we had to impose a lockdown and that's why our foreign reserves depleted," said Prime Minister Mahinda Rajapaksa, who is the elder brother of President Gotabaya Rajapaksa, addressing the nation.

"The President and I are spending every moment to formulate solutions on how to get Sri Lanka out of this current crisis," he said.

In an apparent bid to head off more protests, the government last week declared extra public holidays to coincide with the traditional Sinhalese and Tamil New Year.

The Prime Minister also appealed to the protesters to end their anti-government agitation and said that every minute spent on streets deprives the country of dollar inflow.

"After winning the war in 2010 we won the election, people forgot the story. But I remember. I promise there will never be rolling blackouts in the future. We made a proposal to the powerplant, former government didn't support our proposal, they are responsible for it," said the Prime Minister.

The address of the Prime Minister came hours after Opposition Leader Sajith Premadasa alleged that poor economic policies of the government had contributed to the country's economic downturn.

The Prime Minister said the cost of living in the country is going from bad to worse due to the price increase of essential food items including medicine, milk powder, rice, sugar, dhal, wheat flour and items such as gas, diesel, kerosene oil and petrol.