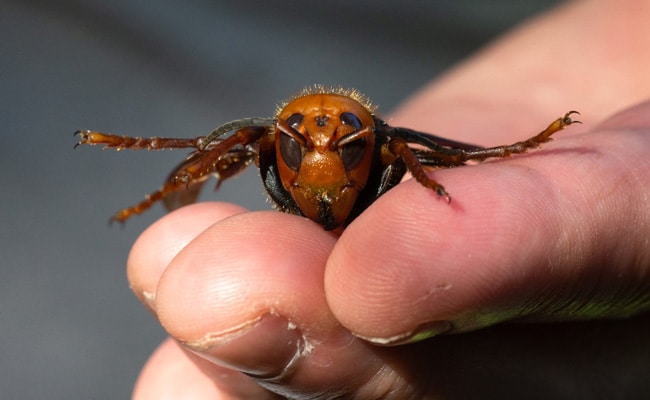 British beekeepers have been told to be on alert for invading lethal Asian hornets which prey on honey bees and pose a significant threat to their population. The National Bee Unit confirmed the appearance of the deadly insects in Essex and issued a statement to the general public, in particular beekeepers.

The authorities have also encouraged the general public to be on the alert for the Asian "predatory wasps."

"Beekeepers and members of the public are today (Wednesday 28 September) being asked to remain vigilant after Asian hornets were spotted in the Rayleigh area of Essex. The National Bee Unit has confirmed the sighting and monitoring is underway to detect further Asian hornets in the vicinity, ," the warning issued by the UK govt said.

Honey bee numbers are significantly at risk from Asian hornet infestations, and efforts are already being made to locate nests and monitor hornet activities.

Nicola Spence, the Chief Plant and Bee Health Officer at Defra, said: "By ensuring we are alerted to possible sightings as early as possible, we can take swift and effective action to stamp out the threat posed by Asian hornets. That's why we are working at speed to locate and investigate any nests in the area following this confirmed sighting."

Since one hornet was found in Felixstowe, Suffolk, in April this year, this is the first sighting of the deadly insect.

This follows claims that local hornets were engaging in a stunning intra-species battle by attacking their Asian counterparts.

According to the official statement by the UK govt, "the Asian hornet is smaller than our native hornet and poses no greater risk to human health than our native wasps and hornets. However, they do pose a risk to honey bees and work is already underway to monitor for any hornet activity and to identify any nests nearby."