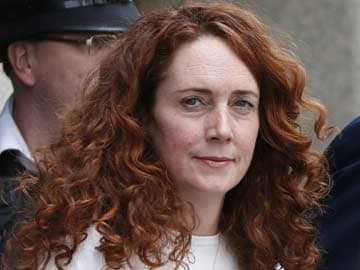 November 2005: The News of the World reports that Prince William has a knee injury. A Buckingham Palace complaint prompts a police inquiry that reveals information came from a voicemail that was hacked. (Britain's David Cameron Sorry for Employing Andy Coulson)

January 2007: Goodman sentenced to four months in prison and Mulcaire to six months for hacking the phones of royal aides. News of the World editor Andy Coulson resigns but denies knowing about the practice. In May he is hired as communications chief to Conservative Party leader David Cameron. ('No Smoking Gun' in UK Hacking Case Against Rebekah Brooks, Court Told)

April 8:News of the World admits responsibility for phone hacking.

July 4: The Guardian newspaper says News of the World journalists hacked into voicemails left for murdered schoolgirl Milly Dowler while police were searching for her in 2002.

July 7: Amid public outrage over the Dowler revelations, Murdoch announces that week's News of the World will be the last.

July 15: Rebekah Brooks, chief of News International and former editor of the News of the World and The Sun, resigns.

July 19: Rupert Murdoch appears at a parliamentary hearing, calling it "the most humble day of my life." He and son James deny responsibility for wrongdoing.

Oct. 21: Rupert Murdoch faces disgruntled investors at the company's annual meeting. More than a third vote against re-electing Murdoch's sons James and Lachlan to the board of directors. (Rebekah Brooks said 'easy' to hack phones: witness)

April 3: James Murdoch steps down as BSkyB chairman, remains on board.

May 15: Brooks, her husband and others are charged over alleged attempts to conceal evidence.

June 28: News Corp. announces plan to split into two companies, one for newspapers and another for entertainment operations.

July 24: Coulson, Brooks and others charged with conspiring to hack phones.

November 20: Brooks and Coulson charged with conspiring to pay public officials in exchange for stories and information.

November 29: Leveson publishes final report, accusing some sections of the press of "recklessness in prioritizing sensational stories almost irrespective of the harm the stories may cause."

May 8: News Corp. says it has spent $388 million in settlements, legal fees and other costs associated with ongoing investigations in Britain since the hacking scandal erupted in 2011.

Oct. 28: Trial of Brooks, Coulson and others opens at London's Central Criminal Court. Jury is sworn in the next day; judge John Saunders tells them: "British justice is on trial."

Promoted
Listen to the latest songs, only on JioSaavn.com
2014:

June 11: After 130 days of hearings, the jury retires to consider its verdicts.