The Paris Agreement, adopted in 2015, enjoins the world to cap the rise in temperature at "well below" 2 degrees Celsius, a goal barely within reach that still may not save Fiji and small island states 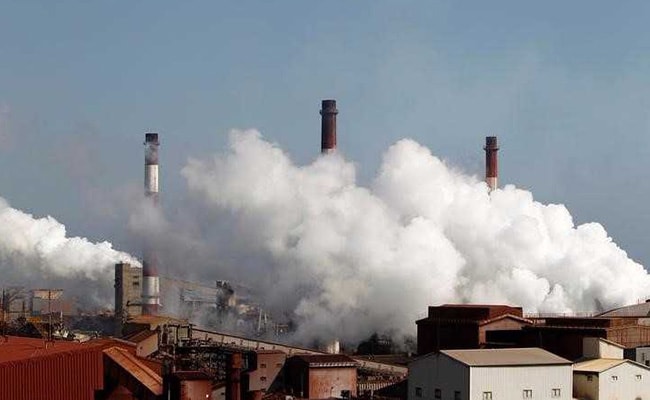 Bonn, Germany: There was a telling moment at the 23rd edition of UN climate talks that underscored both the life-and-death stakes in the fight against global warming, and how hard it is for this belaboured forum to rise to the challenge.

Twelve-year-old Timoci Naulusala from Fiji, a nation disappearing under rising seas, was delivering a testimonial to ministers and heads of state with crisp English and irresistible charm.

"My home, my school -- my source of food, water, money -- was totally destroyed," he said.

"My life was in chaos. I asked myself: Why is this happening? What am I going to do?"

With only a single degree Celsius of global warming so far, the planet has already seen a crescendo of deadly droughts, heatwaves, and superstorms engorged by rising seas.

"Climate change is here. It is dangerous. And it is about to get much worse," said Johan Rockstroem, executive director of the Stockholm Resilience Centre, a climate change research centre.

The 196-nation Paris Agreement, adopted in 2015, enjoins the world to cap the rise in temperature at "well below" 2 degrees Celsius (3.6 degrees Fahrenheit), a goal barely within reach that still may not save Fiji and dozens of small island states.

Bangladesh and other countries with highly-populated delta regions are also at high risk.

But Timoci's second question remains open: What is he, and by extension the world, going to do?

At first, the answer -- laid out in the 1992 UN Convention on Climate Change -- seemed straight-forward: humans must stop loading the atmosphere with the greenhouse gases that drive global warming.

The successful repair of the ozone hole suggested a way forward: an international treaty.

But it took a quarter of a century to get one, in 2015, and even then it is woefully inadequate: voluntary national pledges to curb carbon pollution would still allow the global thermometer to go up 3 C, a recipe for human misery on a vast scale.

Since Paris, the UN climate talks -- known to participants as "COPs", or Conferences of the Parties -- have focused on working out an operational handbook for the treaty, which goes into effect in 2020.

But as the years tick by, the byzantine bureaucracy -- where hundreds of diplomats can argue for days over whether a text will say "should" or "shall" -- has struggled to keep pace with both the problem, and what some negotiators call "the real world".

"What is at stake here is the relevance of the COP process," said Nicaragua's chief negotiator Paul Oquist, lamenting a point of blockage and the generally slow pace.

"We cannot risk becoming more and more irrelevant with each meeting."

One is in relation to the unforgiving conclusions of science, which show that the window of opportunity for avoiding climate cataclysm is rapidly narrowing to a slit.

This year's climate talks kicked off with negotiators learning that CO2 emissions -- after remaining stable for three years, raising hopes that they had peaked -- will rise by two percent in 2017, a development one scientist called "a giant step backwards for humankind".

Negotiations were also reeling from US President Donald Trump's decision to pull out from the Paris Agreement. America sent envoys to the meetings but White House officials and energy company executives hosted a pro-fossil fuel event on the conference margins.

"The only question is how fast," James Hansen, head of NASA's Goddard Institute for Space Studies until 2013, told AFP.

The UN's 12-day negotiations came to an end Saturday with an agreement to hold a stocktake in 2018 of national efforts to cut fossil fuel emissions.

But the talks are falling behind the response of cities, sub-national regions and especially businesses, which have leaped headlong into the transition from a dirty to a clean global economy.

"For the first time in the history of the COPs, the heart of the action was not in the negotiating arena but in the 'green' zone" showcasing innovations in sustainable development, said David Levai, head of the climate program at the Institute for Sustainable Development and International Relations in Paris.

Some 7,500 cities and local governments have set carbon cutting targets, and hundreds of global companies are retooling for a low-carbon world.

A veteran EU climate diplomat, meanwhile, bemoaned the lack of dynamism in the negotiating arena. "I've never seen a COP with so little adrenaline," he told AFP.

Mads Randboll Wolff, a Danish expert in bioeconomics -- a field that didn't even exist a decade ago -- recalled the bitter disappointment of the failed Copenhagen climate summit in 2009.

"The entire world was looking up to the podium, waiting for world leaders to strike the deal that would save us," he said.

Promoted
Listen to the latest songs, only on JioSaavn.com
"One of the lessons from Copenhagen is that the negotiations are not enough," he added. "We need them. But we also need civil society -- people, citizens -- to take action."