Camille Vasquez has gained the spotlight this week due to her cross examination of Amber Heard this week. 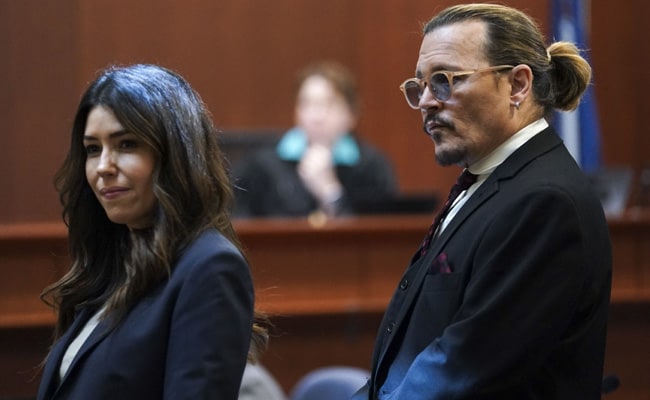 The spotlight has now come on to Camille Vasquez, one of Johnny Depps attorneys.

The Amber Heard-Johnny Depp trial has gathered a lot of media attention since both the actors are hurling charges at each other. The spotlight has now come on to Camille Vasquez, one of Johnny Depp's attorneys. Mr Depp is suing his ex-wife Amber Heard over an op-ed piece she wrote for the Washington Post in 2018 wherein he she described herself as the victim of domestic violence. Although Ms Heard never mentioned Depp by name in the article, 'The Pirates of the Caribbean' star filed a 50 million dollars defamation suit against her.

Camille Vasquez has gained the spotlight this week due to her cross examination of Amber Heard this week. Previously in the trial Ms Heard spoke about how Johnny Depp turned into a “monster” under the influence of drugs and alcohol and would become violent with her.

Ms Vasquez during the trial asked Ms Heard, "Who was the real monster in this relationship, Ms Heard?"

Ms Heard responded by saying “It's half of Johnny. It's not all of Johnny…The other half of him is wonderful and beautiful and the man I loved.”

In another heated exchange between the lawyer and Ms Heard, she asked, “You're the one who assaulted someone with a bottle in Australia, isn't that right, Ms Heard?”

I am still a Johnny Depp fan, but I am ALSO now a die-hard Camille Vasquez fan #IStandWithJohnyDepp

Camille Vasquez is an attorney with the firm Brown Rudnick with her bio on the website reading “Camille Vasquez is an associate in the Firm's Litigation & Arbitration Practice Group. Her current practice focuses on plaintiff-side defamation suits, with additional experience litigating contract disputes, business-related torts, and employment-related claims. Camille is adept at formulating offensive and defensive litigation strategies for private clients. She also has extensive experience handling parallel reputation management and crisis communications issues arising from these engagements.”