Merrick Garland, a judge on the Washington federal appeals court, has a record as a moderate liberal and is not aligned with either political party. 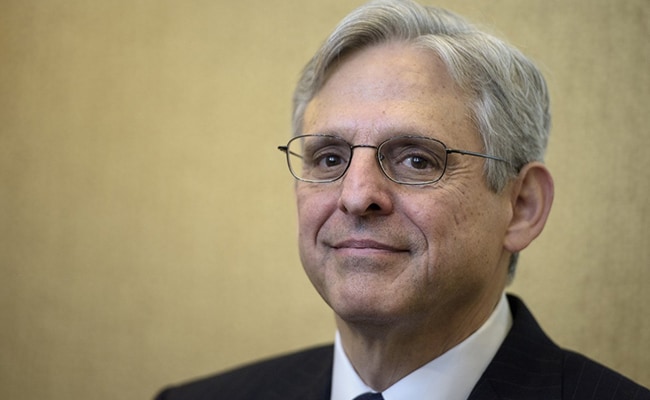 President-elect Joe Biden confirmed on Thursday he will nominate Merrick Garland -- a centrist judge that Republicans denied a seat on the Supreme Court five years ago -- to be US attorney general.

Garland, a judge on the Washington federal appeals court, has a record as a moderate liberal and is not aligned with either political party.

But Senate Republicans blocked his nomination to the high court by then president Barack Obama for eight months in 2016, which allowed President Donald Trump to fill the vacant seat with a conservative-leaning justice the next year.

Biden will introduce Garland and other key picks for the Justice Department on Thursday, said a statement from the president-elect's transition team.

Garland, 68, has had a long career as a private sector lawyer and a federal prosecutor.

In 1993, he was named deputy assistant attorney general in the Department of Justice, handling important national security cases including the Oklahoma City and Atlanta Olympics bombings.

In 1997, president Bill Clinton named him to the Washington appeals court, and he received broad support from Democratic and Republican senators in his confirmation.

He became chief judge of that court in 2013 and, in March 2016, was picked by Obama to fill a seat on the Supreme Court after Antonin Scalia died.

His nomination as attorney general is likely to easily pass the Senate, which is to come under narrow Democratic Party control. He is likely to garner Republican support as well.