US national security advisor, Jake Sullivan, spoke with his Afghan counterpart and "made clear the United States' intention to review" the deal, Security Council spokeswoman said 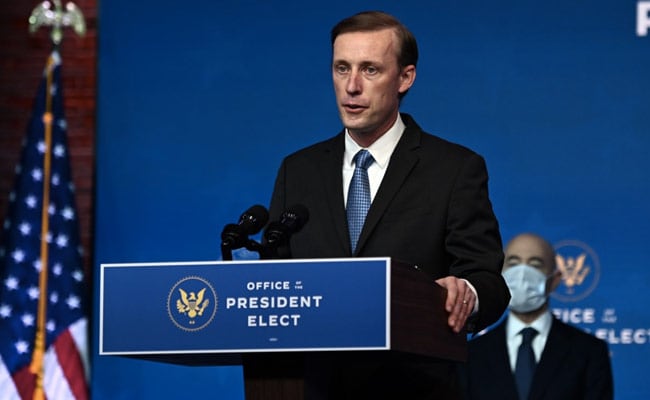 In the accord signed in Doha, US said it would withdraw all troops from Afghanistan by May 2021

The Biden administration said Friday it will review whether the Taliban is reducing violence in keeping with its side of the deal in the Afghan peace accord.

Specifically, Washington wants to check that the Taliban is "living up to its commitments to cut ties with terrorist groups, to reduce violence in Afghanistan, and to engage in meaningful negotiations with the Afghan government and other stakeholders," she said.

"Sullivan underscored that the US will support the peace process with a robust and regional diplomatic effort, which will aim to help the two sides achieve a durable and just political settlement and permanent ceasefire," she said.

Sullivan also discussed "the United States' support for protecting the extraordinary gains made by Afghan women, girls and minority groups as part of the peace process."

On Tuesday, Biden's nominee for secretary of state, Antony Blinken, told his Senate confirmation hearing that "we want to end this so-called forever war."

In the accord signed in Doha, the United States said it would withdraw all troops from Afghanistan by May 2021 and the Taliban pledged not to allow extremists to operate from Afghanistan, although the group continued attacks on government forces.