Jean-Jacques Sempe, who originally wanted to be a jazz pianist and had a difficult childhood, dropped out of school aged 14. 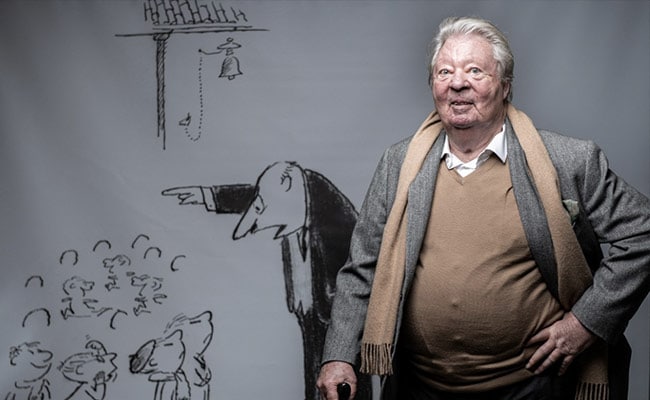 Jean-Jacques Sempe died at his holiday residence, his biographer said in a statement.

French Cartoonist Jean-Jacques Sempe, who illustrated the Little Nicolas (Le Petit Nicolas in French) series of children's book has died, the New York Times said. He was 89. He also illustrated the covers for The New Yorker magazine, more than any other artist. His cartoons often showed small figures set in large urban landscapes, drawn in delicate lines and offering gentle social commentary on modern life, the NYT said. His wife, Martine Gossieaux Sempe, announced the death to news agency AFP.

The news agency further said that Little Nicolas, an idealised vision of childhood in 1950s France, became an international best-seller.

"The Nicolas stories were a way to revisit the misery I endured while growing up while making sure everything came out just fine," the cartoonist had said about his hit series in 2018, according to France 24.

Sempe, who originally wanted to be a jazz pianist and had a difficult childhood, dropped out of school aged 14 before lying about his age to join the army, AFP said.

Army life didn't agree with him, however, and he began selling drawings to Parisian newspapers, it added.

"Jean-Jacques Sempe had the elegance to always remain light and he had an eye for everything," French President Emmanuel Macron said in a tweet.

According to AFP, Sempe was born near Bordeaux in the village of Pessac in 1932, the illegitimate son of an affair his mother had with her boss.

He lived in an abusive foster home before his mother took him back, only to subject him to her own violent streak.

They lived with his alcoholic stepfather. Sempe's true paternity was a mystery that would haunt him for life.

But the kindness that Sempe showed his subjects was in stark contrast to the misery of his own upbringing.