It's been less than a month since those comments were made, but Donald Trump's words - and what they say about the broader issue of racism in America - have stayed with him, Jay-Z said in a CNN interview that aired Saturday. 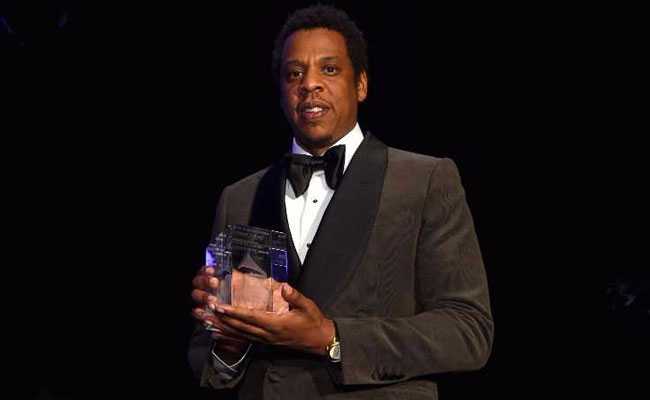 That's how rap superstar Jay-Z characterized President Donald Trump's reported comments at a Jan. 11 White House meeting, in which he told lawmakers that immigrants from Haiti, El Salvador and African nations were from "shithole countries," according to senators who were with the president.

It's been less than a month since those comments were made, but Trump's words - and what they say about the broader issue of racism in America - have stayed with him, Jay-Z said in a CNN interview that aired Saturday.

"It really is hurtful, more so. Like everyone feels anger, but after the anger it's really hurtful, because he's looking down on a whole population of people, and he's so misinformed because these places have beautiful people and have beautiful everything," he said. "Like, this is the leader of the free world speaking like this."

Jay-Z, whose real name is Shawn Carter, opened up to CNN's Van Jones for the debut of "The Van Jones Show," speaking about everything from his infant twins to his new album "4:44" to how he repaired his marriage with pop megastar Beyonce.

But it didn't take long for the conversation to turn to Trump and his thoughts on race. In Jay-Z's view, the president's derogatory remarks merely pulled back the curtain on racist attitudes and conversations that already existed in the United States.

"This has been going on," Jay-Z told Jones. "This is how people talk. This is how they talk behind closed doors."

The rapper recalled a 2014 scandal in which Donald Sterling, then the owner of the Los Angeles Clippers, was revealed to have made racist remarks in a private phone call. The ensuing outrage caused the NBA to ban him for life.

But Jay-Z likened the consequences Sterling faced to spraying perfume on a trash can.

"It's like, OK, that's one way to do it. But another way would have been, let him have his team and then let's talk about it together. Maybe some penalties," Jay-Z said. " 'Cause once you (force Sterling to sell the team), all the other closet racists just run back in the hole. You haven't fixed anything."

That only meant racism would continue burbling under the surface until it resulted in a "superbug," he added, implying that this was what led to a Trump presidency.

"You don't take the trash out. You keep spraying whatever over it to make it acceptable and then, you know, as those things grow, then you create a superbug," Jay-Z told Jones. "And then now we have Donald Trump, the superbug."

Still, Jay-Z ended that segment of the interview on a relatively sympathetic note.

Trump struck back at Jay-Z's interview Sunday morning, tweeting that his policies were responsible for black unemployment being at "the LOWEST RATE EVER RECORDED!" - and would someone please inform Jay-Z?

However, Jay-Z had already addressed this point in the interview the day before, when Jones, citing the lower black employment figures, asked whether Trump could be excused for making insulting comments about African-Americans.

"Does he have a point, that maybe the Democrats have been giving us good lip service but no jobs?" Jones asked. "Maybe he's going to say terrible things but put money in our pockets. Does that make him a good leader?"

"No, because it's not about money at the end of the day. Money doesn't equate to happiness. It doesn't. That's missing the whole point," the rapper said. "You treat people like human beings. That's the main point. It goes back to the whole thing: 'Treat me really bad and pay me well.' It's not going to lead to happiness, it's going to lead to, again, the same thing. Everyone's going to be sick."

By now, it's no secret that Jay-Z is among Trump's most outspoken celebrity critics. The rap mogul and his wife were prominent friends of Barack and Michelle Obama - Beyonce was tapped to sing for the couple's first dance as president and first lady at the 2009 inaugural ball- and they campaigned aggressively for Trump's rival, Democratic candidate Hillary Clinton, in the 2016 presidential election.

On the campaign trail, Trump brushed off Clinton's celebrity endorsements.