Japan's New Advanced Fighter May Be Based On Existing Foreign Design: Sources

Japan issued a third request for information (RFI) to defence companies, seeking proposals for the new aircraft, dubbed the F-3. Unlike the first two requests, this one went only to foreign companies in the United States and Europe. 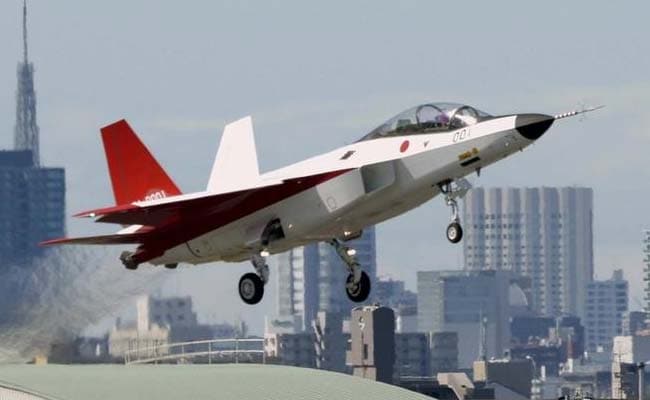 Tokyo,Japan: Japan is seeking proposals for a new advanced jet fighter based on an existing Western aircraft and wants American and British cooperation to help kick-start development of the project, which is estimated to cost around $40 billion, three sources said.

Japan this month issued a third request for information (RFI) to defence companies, seeking proposals for the new aircraft, dubbed the F-3. Unlike the first two requests, this one went only to foreign companies in the United States and Europe, with a separate, more detailed document delivered to London and Washington, according to the sources, who have direct knowledge of the requests.

"Japan expects specific proposals for designs based on existing aircraft," said one of the sources. The two previous RFIs did not attract any detailed proposals, he added.

The requests for a design based on existing aircraft and the separate documents sent to the British and U.S. governments have not been previously reported.

The sources declined to be identified because they are not authorised to speak to the media.

Existing airframes Japan could use include the F-35 Lightning II stealth jet built by Lockheed Martin Corp or Boeing Co's F/A-18E/F Super Hornet; and the Eurofighter Typhoon, manufactured by a European consortium including BAE Systems Plc.

Japan's last domestically produced jet fighter, the F-2, which entered service in 2000, was built jointly by Mitsubishi Heavy Industries (MHI) and Lockheed Martin based on the U.S. F-16 multi-role fighter. As Japan's leading fighter maker, MHI, which built the World War Two-era A6M Zero, would anchor the Japanese share of the F-3 project.

"We are considering domestic development, joint development and the possibility of improving existing aircraft performance, but we have not yet come to any decision," a Ministry of Defense representative said.

Building Japan's next-generation fighter based on a foreign aircraft already in service could save money, but come at the expense of advanced features like stealthy shaping. Neither the Typhoon nor Super Hornet are designed to be near-invisible to radar.

Japan's approaches to the U.S. and British government come as Washington considers its replacement for the F-22 Raptor. Britain, which has sought closer security ties to Japan, including cooperation on developing other defence equipment, may eventually need a fighter to succeed the Typhoon.

Japan, which is buying the radar-evading F-35 stealth jet to modernize its air defences in the face of growing Chinese military strength, wants to introduce a separate air superiority fighter in the 2030s to help deter intrusions into its airspace.

Japan has so far struggled to come up with its own design for a new aircraft, raising a question mark over the country's first jet fighter program since the F-2.

Japan will need begin preliminary talks with Washington soon if it wants to include anything substantial about the F-3 in the new five-year defence equipment plan, which begins in April 2019. Details on that plan will be released at the end of the year, another of the sources said.

Although some defence ministry officials and lawmakers have lobbied for a domestically made aircraft to help sustain Japan defence companies hurt by increased spending on U.S. gear, finance officials have questioned whether that is cost effective.

Opting for international cooperation should lower the cost of a new jet by expanding the number of users, spreading the unit cost beyond Japan's air force.

Promoted
Listen to the latest songs, only on JioSaavn.com
Mitsubishi Heavy tested a prototype stealth jet in 2016, the ATD-X or X-2, which cost the Japanese government $350 million to develop.
© Thomson Reuters 2018

(This story has not been edited by NDTV staff and is auto-generated from a syndicated feed.)
Comments
japanese jetEuropeUSA