The ship, MV Wakashio, is owned by Nagashiki Shipping and operated by Mitsui OSK Lines Limited. 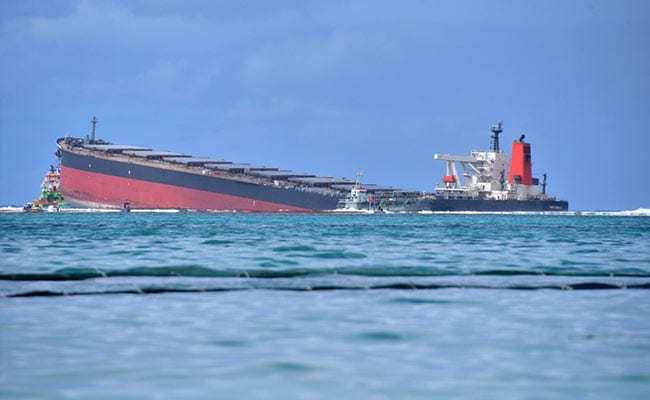 MV Wakashio had run aground on a reef, at Riviere des Creoles in Mauritius

A Japanese bulk carrier that ran aground off Mauritius and has leaked at least an estimated 1,000 tonnes of oil, passed the latest annual inspection in March with no problems, Japan's ClassNK inspection body said on Tuesday.

The ship, MV Wakashio, is owned by Nagashiki Shipping and operated by Mitsui OSK Lines Limited.

Mitsui OSK said earlier on Tuesday it had set up a task force and was cooperating with the authorities in Japan and Mauritius.

The company said it was preparing to dispatch personnel to the site.

"We will do our utmost towards resolving the situation quickly," the company said in a statement.

Mitsui OSK also said it did not expect the impact on its earnings from the incident to be big enough to warrant a financial disclosure.

Mauritius has declared a state of emergency and former colonial ruler France has sent aid in what environmentalists said could be a major ecological crisis.

Mauritius Prime Minister Pravind Jugnauth said the ship has now stopped leaking oil into the Indian Ocean but the island nation must still prepare for "a worst case scenario".