Sunrays Hitting The Road Can Generate Power. Tokyo Shows How

Tokyo solar roads project: The effort is aimed at promoting Tokyo as an eco-friendly city ahead of the 2020 Olympics and Paralympics 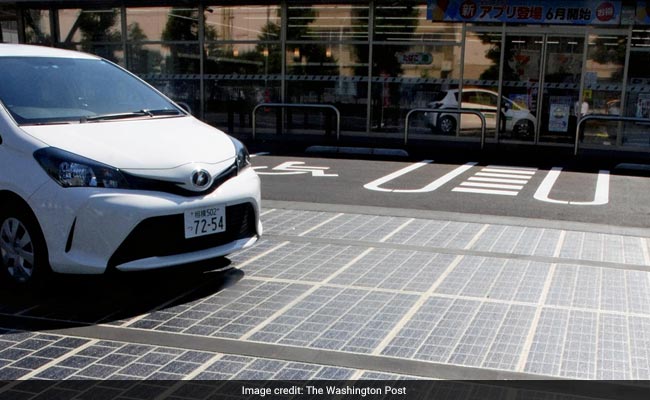 A solar road was installed at a parking lot in Japan's Sagamihara, Kanagawa Prefecture

The Tokyo metropolitan government intends to take the initiative in introducing the new technologies of "solar roads" that collect energy from the sun via solar panels installed beneath the surface of roads and "power-generating floors" that generate electricity by utilizing the vibrations created by people walking, according to sources.

The effort is aimed at promoting Tokyo as an eco-friendly city domestically and abroad ahead of the 2020 Olympics and Paralympics, the sources said. The new technologies, which have been attracting attention, are expected to be introduced on a trial basis at facilities owned by the Tokyo government and other locations as early as next fiscal year.

In late May this year, a solar road was installed in the parking lot of a Seven-Eleven store in Sagamihara, Kanagawa Prefecture.

The solar road comprises a system of solar panels installed on the road, with the surface of the panels covered with a special resin to enhance durability. It is possible for automobiles to pass over the panels. Solar roads have been deployed as motorways in France and as cycling roads in the Netherlands.

A manager at the Seven-Eleven store said, "[The solar road system] can generate 16,145 kilowatt-hours of electricity annually, covering about 9 percent of the entire electricity the store consumes."

The Tokyo government has focused on the new technologies as potential renewable energy sources.

It set a goal of having renewable energy account for about 30 percent of Tokyo's power consumption by fiscal 2030, compared to about 12 percent in fiscal 2016. 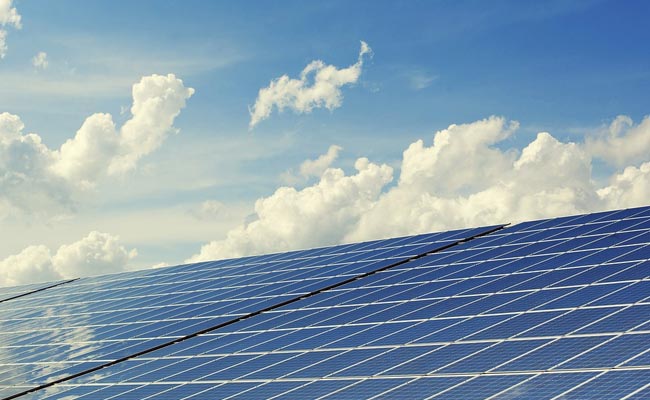 The Tokyo government said there are no restrictions in terms of locations for installing the solar road system, which increases the possibilities for expanding renewable energy.

The problem with introducing solar roads is the high cost. As the technology has not spread widely, its components are not mass-produced. In France, it is said to cost about 5 million euro (about 600 million yen) to install one kilometer of solar road.

Therefore, the metropolitan government plans to pick locations at metropolitan government-owned facilities such as parking lots, where the amount of electricity gained by installing the system would justify the cost. This will be part of preparations for the trial introduction of the technology, which is scheduled for fiscal 2019 or later.

The metropolitan government hopes that by Tokyo being at the forefront of introducing the technology ahead of the 2020 Games, it will help the spread of solar roads across the nation.

Another new technology the Tokyo government is considering introducing is power-generating floors. The technology uses special ceramics that produce voltage when pressure is applied, converting the vibration of footsteps into electricity.

According to Soundpower Corp., which developed the power-generating floor, when a 60-kilogram person walks on the floor at two footsteps per second, it generates an average current of about 2 milliwatts of electricity. The energy of each step can momentarily light up 300 to 400 LEDs, said the company, which is based in Fujisawa, Kanagawa Prefecture.

By installing power-generating floors on stairs and in hallways inside buildings, even during power outages caused by disasters, the floor will be lit at night so people can safely walk there. A major home builder and a road construction company have already introduced the new technology.

This summer, power-generating floors are scheduled to be installed on sidewalks and bridges that don't have streetlights in Brazil as part of the Japanese government's official development assistance (ODA) program.

The Tokyo government is discussing introducing power-generating floors in locations such as metropolitan hospitals and exhibition facilities. "The amount of electricity generated by the floor is small, but its energy-saving effect would be huge," an official in charge of it said.

Promoted
Listen to the latest songs, only on JioSaavn.com
Soundpower Corp. President Kohei Hayamizu said, "I hope our product will lead to realizing a society that utilizes energy that would otherwise be wasted."